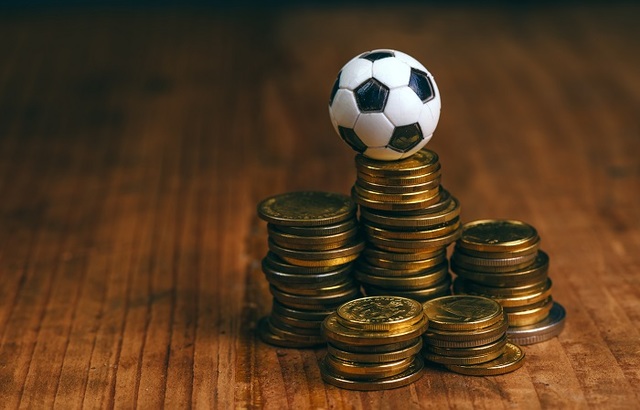 Arab investors are willing to enter into deals to buy or sponsor European football clubs, and inject huge investments in them; however, they still cannot see the attractiveness of such environment in Arab football.

In 1997, former Makkasa Sport Chairperson Amr Mostafa Kamel, who was only 30-years-old at the time, undertook the first investment experience in Egyptian football. He injected EGP 1.5m investment in a domestic football team.

The investment saw him sponsored El Sharkia SC for a season. Kamel made the investment, seeking to benefit from his experience working in asset management in the stock market.

Kamel told Daily News Egypt that El Sharkia SC was in the Egypt Premier League B, and had not qualified for the Egyptian Premier League since the 1970s. Every season, the team would move up the ranks, before it exhausted all its financial resources only to fall flat at the last gasp. The team’s budget was EGP 250,000, and no revenues were made.

He reached an agreement with the club’s management, stipulating that he take responsibility for the entire team’s expenditure. The budget allocated by the administration would remain separate, while Kamel would take all revenues.

Kamel hired a high-level coaching staff, led by veteran coach Hassan Shehata, and bought 20 distinguished Premier League players, all of whom had great experience at that time. The most expensive player on the team was worth a notable EGP 40,000, a big fee at the time.

The team remained top of the league for the entire season, losing only two matches and tying in two others. Due to its success during the season, El Sharkia SC managed to reach the Premier League.

Kamel was keen to hold the team’s matches in the presence of fans, due to the team’s great popularity and the density of the population in Sharqeya governorate. He issued season tickets for the first time in the history of Egyptian football, pricing them at just EGP 15, while the regular tickets in the third class were EGP 2 per match.

He said that he spent a total of EGP 1.5m in sponsoring the team, collecting revenues worth EGP 300,000 from tickets alone. The club was the first in the Egyptian Premier League B history to place an advertisement on its kits for EGP 60,000.

One would think that the only way was up, on the back of these successes, but after qualifying for the Premier League and electing a new Board of Directors some problems emerged with the sponsorship contract. By calculating expenses and revenues, Kamel’s losses reached EGP 350,000.

Most successful football investment in Egypt

Arab football does not receive the same attention of investors due to the lack of sound profits, the weakness of regulations and laws, and the absence of professional administrations, according to Mahmoud Al-Assiouty, the owner of Al-Assiouty Sport Resort, and the former owner of Al-Assiouty FC which was sold and renamed to Pyramids FC. He added that this combination of reasons that ensure Arab investors head to Europe instead.

Al-Assiouty said he kept pumping investments into his sports assets for eight years without making profits, until he succeeded in achieving a surplus and became the only person to profit from investing in football clubs in the Arab region.

This came after he successfully sold the club to Turki Al-Sheikh, President of Saudi Arabia’s General Entertainment Authority and advisor to the Royal Court, for $5m and changed the club’s name to Pyramids FC.

Al-Assiouty told Daily News Egypt that this has been the only successful investment experience in Arab football clubs. He added that Al-Sheikh’s purchase of the club was not meant for making profits only but making achievements and moral successes as well.

He added that he does not expect investment successes in Egyptian or Arab football clubs in the near future, due to the weakness of existing laws and regulations.

Al-Assiouty added that there are no professional sports administrations that help reduce player wages. It is player wages that represent the largest part of the clubs’ expenditure, accounting for a staggering 80% to 90% of club’s budgets.

If Egyptian clubs do not remedy this problem, and a collective agreement occurs to reduce the players’ wages, the consequences will be dire in the future.

Al-Assiouty noted that a professional clubs association should be formed to manage and market the Egyptian Premier League. It should consist of a group of individuals who have the ability to manage without external interference.

He added that the motives for buying or investing in football clubs differ between investors, some of whom are wealthy fans, whilst others are businesspeople looking for fame. Others make these investments for tax considerations, whilst still others seek political or electoral gains.

Al-Assiouty said that he established the La Viena FC, despite his previous view, to exploit the capabilities his resort possesses in terms of stadiums and hotels, and whilst taking into account his previous success. He also said that he is confident in his ability to apply a professional system of management, and to invest in scouting and buying players at low prices with acceptable wages.

Other Arab countries are no difference in terms of football laws and regulations related to investments in football clubs, as well as the expected returns from such investments.

Youssef Hijoub, a Moroccan FIFA match agent, told Daily News Egypt that most Arab clubs are not managed by companies, but rather a general assemble that convene every four years to elect a board of directors. Because this board can leave at any time, this uncertainty discourages any investments.

In Morocco, the opportunity to establish companies for clubs has recently arisen, with the door now open to selling a percentage of the club to foreign or local companies.

He added that, in order to encourage investment in Arab football clubs, there must be guarantees for the existence of returns on this investment. This, however, is very difficult due to clubs being managed through Boards of Directors, meaning that it is only possible to make sponsorships to sell commercial rights.

Moreover, broadcast rights and sponsorship deals in Arab football leagues are not profitable. For European football, 90% of investments come through player transfers, and there are seasonal tickets, sponsorships, and TV rights which also make their contribution.

At the same time, every city provides all the factors for the team’s success, with some investors even buying clubs to strengthen their relationships with officials in cities.

Hijoub added that there are investments related to football in the Arab region, such as organising matches and training camps. Most investments in Arab football take place through international events and matches, because the returns are fast and do not need a long time to come in.

Zuhair Al-Shammasi, Executive Director of Fanzir Sports Holding, said that Saudi clubs are state-owned and are under the umbrella of the General Sports Authority, so there is no investment in clubs in general.

The General Sports Authority believes that it is currently not appropriate to invest in clubs, as there are fundamental differences between Europe and the Arab world.

Al-Shammasi added that Arab clubs are greatly popular, with there being a need for these clubs to transfer their ownership away from state entities and into private hands. This will give them greater flexibility and the ability to convert to follow the European model, which can be done gradually. The first step is for the clubs to increase their assets.

Emirati owner and founder of Perfect Sports Products, Adel Al-Amiri, believes that there is no successful model for investing in Arab football.

This is due to the absence of an organised environment and incentives for such investments, and thus there will be no economic return for the absence of legislation and public mentalities.

He added that there must be legislation to organise and amend laws so that investments in football are more successful. At the same time, there should be a number of investment decisions and incentives provided, as the UAE does not have a real history of investment in football. This is due to the absence of those with specialisation, since sports are not a priority among investments.