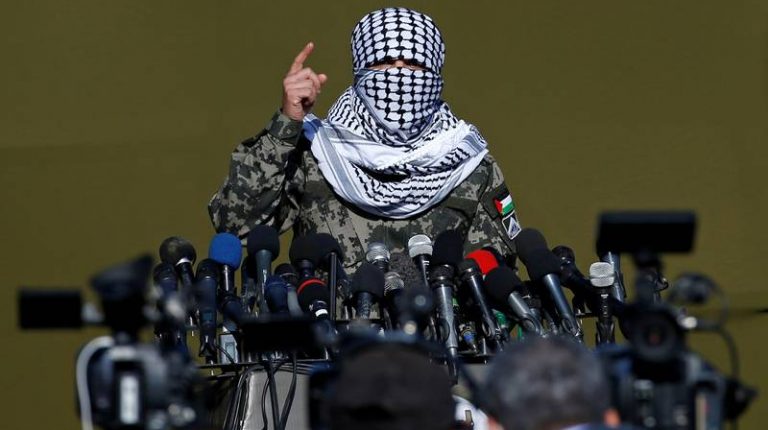 A masked militant identified himself as the spokesperson of the joint military chamber that comprises 12 militant groups read a joint statement during a short news briefing before the maneuver began.

“The joint military exercises and maneuvers clearly express the unity among all Palestinian factions,” said the spokesperson. “It boosts the joint action and cooperation among the military wings.”

He also said that the military wings’ decision is unified “in waging any upcoming confrontation that would be imposed on the Palestinian people at any time and place.”

Right after the press conference, long-range rockets were fired into the sea. The exercises would last for several hours, including marine and ground activities.

Small reconnaissance aircraft were also seen hovering over the venue.