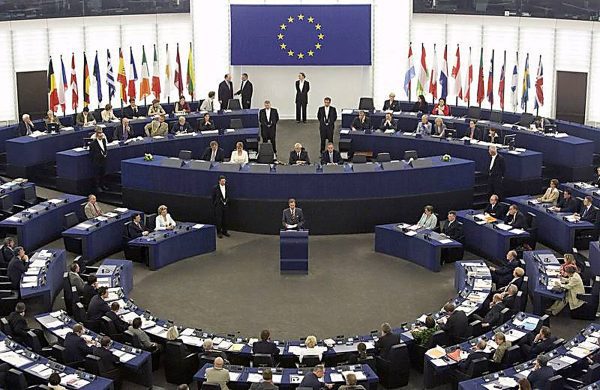 A few days ago, and with flimsy justifications and rumours, lies, and fabricated reports, the European Parliament issued a list that includes, in its entirety, demands from European Union (EU) countries to review their political, economic, and security relations with Egypt.

The European Parliament’s decision contained 19 items, the most prominent of which was the call for a deep and comprehensive review of the EU’s relations with Egypt. It claimed, “The human rights situation there [in Egypt] requires a serious review.”

The resolution also called on EU countries to consider taking restrictive measures against high-level Egyptian officials involved in serious violations, following the Magnitsky Law. It puts in place additional support for the decision regarding the family of Italian graduate student, Giulio Regeni, who was killed in Egypt in 2016. It also demanded the “immediate and unconditional release” of what have been described as arbitrary detainees.

It is also striking that the European Parliament has condemned the “non-compliance” of the EU’s member states. It has called on them to “stop all exports of weapons, surveillance technology, and other security equipment to Egypt,” making the announcement on social media.

The Egyptian response to European nonsense was firm and clear. It did not ignore the allegations, nor did it give it more attention than it deserves. The response came from the Egyptian Parliament, which is equivalent of the European Parliament, and no other sovereign party was involved in responding to these allegations.

It was as if the political administration wanted to follow the rule which says that “every action has an equal response, in strength and opposite to it in the direction.”

Before that and in the heart of Paris, Egypt’s President Abdel Fattah Al-Sisi spoke, during his meeting with French President Emmanual Macron, about the false accusations against Egypt by terrorist groups and political Islam movements in Europe. He said that EU countries believe these accusations, despite there being no evidence.

President Al-Sisi also stressed that it is unacceptable for Egypt and its leadership to be described with such fabrications, especially since Europe has also been plagued by terrorist acts by these groups.

This contradiction so far is difficult to understand or justify in the context of supporting freedoms. France, for example, and despite its long history of supporting rights and freedoms, has initiated measures and legislation to control the threats posed by the extremist Islam movement.

France did not find any contradiction in jumping over the rights to express opinions and ignoring them if necessary to preserve the security and stability of the French state, and its cultural and civilisation constants. This is the basis for preserving the national identity of any state, with all its humanitarian and religious elements.

Anyway, the reasons and motives for this biased measure by the European Parliament are known in advance, and it is also known who is behind these decisions, whether at the Arab or regional level.

But the interesting thing is that this measure, which is considered blatant interference in the internal and judicial affairs of Egypt, came a few days after the EU imposed a list of sanctions on Turkey for its violations, whether in the Eastern Mediterranean or against one of the successor states, which is Greece.

The European Parliament wanted to appear balanced, so that it would not be subject to any criticism. Just as it confronted the Turkish attacks and abuses in the Eastern Mediterranean, it wanted, even if wrongly, to place Egypt in a critical position because it is the largest country in the region that places red lines that cannot be crossed regionally or locally.