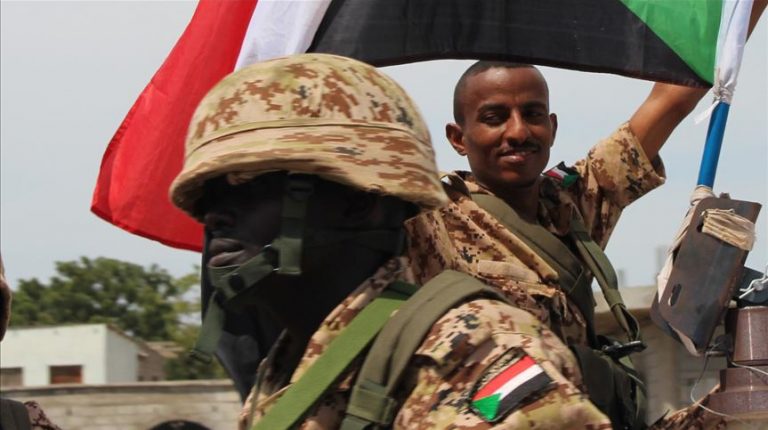 Sudan Sovereign Council Chairperson Abdel Fattah Al-Burhan on Thursday said the Sudanese army has not gone beyond the international border with Ethiopia or attacked it.

“What is happening at the eastern region adjacent to our border with Ethiopia is redeployment of the Sudanese armed forces within their territory,” said Al-Burhan in a speech to the Sudanese people on the 65th anniversary of Sudan’s Independence.

“The Sudanese Armed Forces have not and will not go beyond the international borders or attack neighboring Ethiopia,” noted Al-Burhan.
He went on saying that “We have been and are still keen to address the issue of violations by Ethiopian farmers and those who back them on Sudanese lands through dialogue.”

Al-Burhan further noted that joint mechanisms have been formed for this matter considering the historical and special relations between the Sudanese and Ethiopian peoples.

He stressed that dialogue and negotiation will remain the guiding approach until everyone gets his right.

Earlier on Thursday, Acting Sudanese Foreign Minister Omer Gamar-Eddin announced at a press conference in Khartoum that the Sudanese army has controlled “all the Sudanese lands on the border with Ethiopia.”

He added that the two countries’ foreign ministries are in contact for a settlement of the border dispute.

Sudan accuses Ethiopian farmers, backed by its forces, of seizing Sudanese lands along the border.

The Sudanese-Ethiopian border has been witnessing influxes of Ethiopian refugees fleeing the war in the border region of Tigray.
The border area of Fashaga between Sudan and Ethiopia, one of the five localities of Sudan’s Gadaref State, often witnesses deadly attacks by Ethiopian militias during the preparation for agricultural season.