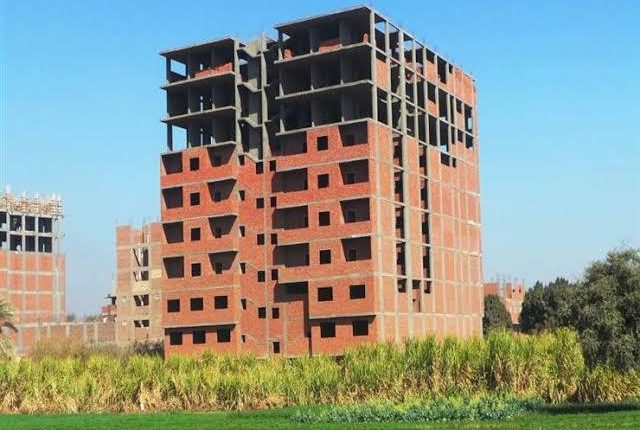 Egypt’s Supreme Constitutional Court ruled, on Saturday, to reject the lawsuit filed against the unconstitutionality of Articles 38 and 102 of the country’s Building Law.

The articles state that those behind illegal constructions will face up to five years imprisonment and the payment of a fine of up to three times the value of the construction works.

Hamdan Fahmy, Head of the Technical Office at the court, said that laws regarding building violations and unlicensed construction works aim to combat crimes that threaten citizens’ and properties’ safety. The laws are also designed to put a halt to the undermining of the state’s efforts in establishing a civilised environment, and to eradicate informal settlements.

The mentioned penalties for building violations came within the constitutional controls for criminalisation. They are also commensurate with the gravity of the criminal act, and confront Egypt’s problematic relationship with unplanned building which imposes a great danger on the lives of citizens.

Applicants wishing to settle building violations can pay 30% of the total reconciliation value, if the payment is made in January. They can pay 35% and 40% of the fees in February and March, respectively, instead of the 25% fee imposed in previous months.

Egypt has so far received around 2.6 million reconciliation requests, with the state collecting approximately EGP 16bn in reconciliation fees until Thursday, a report by the Ministry of Local Development said.

Minister of Local Development Mahmoud Shaarawy added that various governorates have undertaken some procedures to facilitate the processes of applying the reconciliation requests. These include forming committees to inspect the reconciliation process, in addition to establishing a hotline to report building violations.

He added that an inquiry department has been established in every local unit or technology centre, in which the citizen can be informed whether the building is licensed or not. The department can also liaise with and provide help to citizens before they purchase any units that are affected by building violations.

Unplanned buildings constitute about 50% of urban clusters in villages and cities countrywide, according to officials. As a result of this, Egypt has in recent months emphasised its adoption of “resolute” measures to stop building violations on agricultural land nationwide.

The country has seen a significant rise in illegal construction since the security vacuum that followed the 25 January Revolution. Many citizens have taken to constructing multi-storey buildings without acquiring the necessary permits or complying with engineering safety standards.

Last year, President Abdel Fattah Al-Sisi ratified a law allowing reconciliation with the state over building violations, except for those pertaining to safety standards, authorised height or purpose, and historic buildings.

In a heated speech during mid-2020, the Egyptian president slammed building violations on agricultural land, and warned that he would deploy the army if the problem persisted.