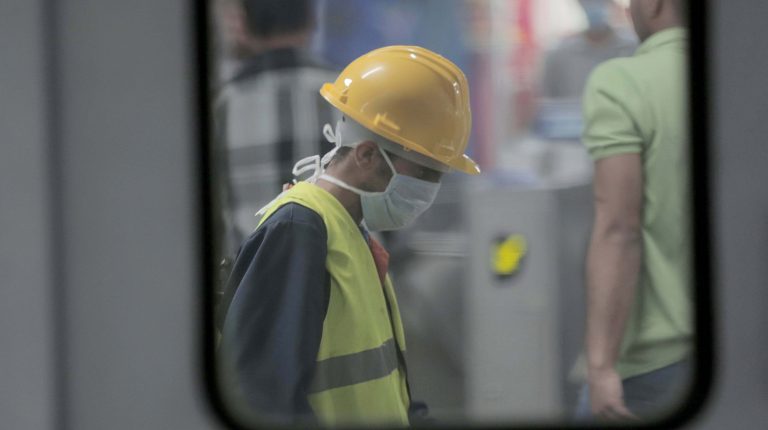 Egypt’s Minister of Endowments Mohamed Mokhtar Gomaa has announced that any mosque found not adhering to the government-set precautionary measures to confront the novel coronavirus (COVID-19) pandemic will be closed.

Gomaa added that the necessary action will be taken against any official or mosque worker who fails to perform his duty towards the implementation of these measures.

He added that the closure of mosques will come in the event that worshipers do not adhere to these procedures.

“There is no blame on someone who prays in his home under these current circumstances, whether he fears for himself or others, or if he intends to contribute to reducing crowding and practicing social distancing,” Gomaa said.

The Ministry of Endowments has also directed for preachers to ensure that Friday sermons should not exceed 10 minutes, due to the coronavirus.

As the country started reporting more than 1,000 new infections from the virus on a daily basis, the Egyptian government began applying immediate fines against violators of precautionary measures.

Immediate fines of EGP 50 will be applied to those caught not wearing a face mask. The decision covers wearing face masks in government departments, banks, and all means of public transportation such as microbuses and taxis. The exception to the latter rule covers private car owners, who are not obliged to wear face masks. The fine will also be applied to those caught not wearing face masks at metro and railway stations nationwide.

Restaurants and coffee shops not abiding by the restrictions, which include a limited occupancy rate of 50% or serving Shisha, will be given an immediate fine of EGP 4,000. The facility will also be shut down administratively for a period of one week.

Egypt first ordered for all citizens to wear face masks in public on 30 May, with fines of up to EGP 4,000.

The country also banned New Year’s Eve celebrations, in an effort to curb the spread of the virus amid rising daily infections. Any facilities caught violating this instruction, by organising celebrations, were also closed, in addition to the continued blanket ban on wedding celebrations and funerals in closed halls.

The country has been seeing a second wave of the pandemic since the last week of December, recording double the number of infections daily. Egypt has so far registered 139,471 cases of COVID-19 since mid-February 2020, of whom 112,826 recovered and 7,687 died.

Last Thursday, Egypt announced that first semester exams will be postponed until after the winter break, which comes to an end in February, due to coronavirus. The government also announced that all study at schools and universities nationwide will continue remotely until the end of the semester.