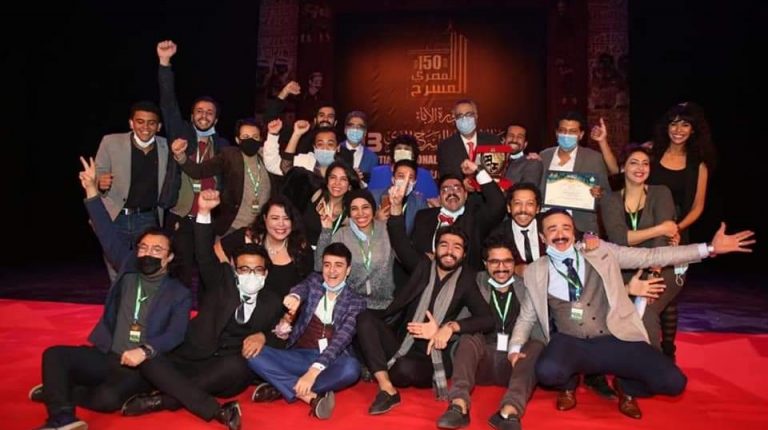 Egypt’s Minister of Culture Inas Abdel Dayem concluded, on Saturday, the 13th edition of the National Theatre Festival, whilst announcing the winners of its competitions.

During her speech, Abdel Dayem expressed her happiness at the festival’s conclusion, despite the challenges presented by the novel coronavirus (COVID-19) pandemic.

She said that, this year, the festival has succeeded in carrying out its enlightening role through seminars and different workshops. This has come in addition to the setting up of a website to document the current, as well as past, edition. The website has so far attracted as many as 250,000 visitors.

Abdel-Dayem announced that the next edition of the National Theatre Festival will be devoted to the Egyptian author, with participating performances limited to creative playwrights.

The closing ceremony was limited to the distribution of awards and speeches from the festival’s President and the jury, and featured the announcement of prizes at the Cairo Opera House’s Grand Theater.

The first prize was won by a play called Afrah El Kobba, which scored a clutch of awards, including for Best Director and Best Actor.

Festival President Youssef Ismail said that this edition came at a critical time due to the challenges imposed by the coronavirus pandemic. Despite the challenges, it has still encouraged a large number of talented and creative artists to participate in the festival.

He added that this edition had presented a large number of workshops that included makeup and writing workshops.

The festival’s 13th edition started on 20 December 2020, and was held in honour of the veteran Egyptian actor Mahmoud Yassin, who took part in various theatre, television, and film productions. Yassin passed away in October 2020.

The plays in the 2020 edition were performed by a variety of troupes, professionals, and amateurs, including the university theatre. The Cultural Production Sector also presented five plays during the festival, each of which was presented twice with free admission.