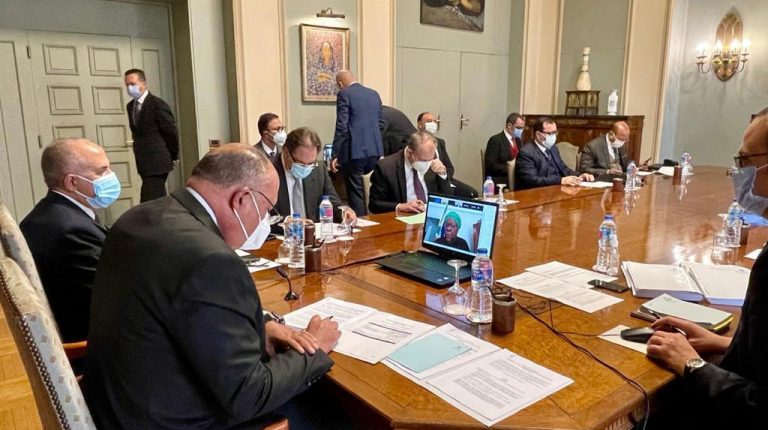 All sides agreed to hold a one-week long round of negotiations with the aim reaching an agreement regarding the controversial dam, before the start of the second phase of filling its reservoirs. The proposed negotiations aim to achieve the common interests of the three countries affected by the dam, whilst securing Egypt’s rights and water interests.

They also agreed that the new round of talks will be held in the presence of observers and experts appointed by the African Union Commission.

During the meeting, Egypt, Sudan, and Ethiopia reviewed their positions regarding the possibility of reaching a solution that would allow the resumption of negotiations.

African experts submitted a memorandum of agreement for the three countries, provided that the tripartite meetings will reconvene on 10 January. It is hoped that the negotiations will be concluded by the end of this month, and before the end of South Africa’s AU presidency.

Egypt fears that the mega Nile dam, which is located near Ethiopia’s border with Sudan, would significantly diminish its water flow from the Nile, the main source of freshwater in the country.