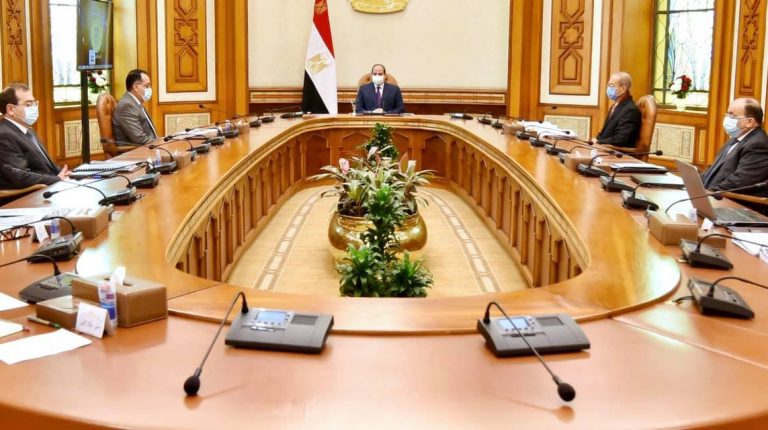 Egypt’s President Abdel Fattah Al-Sisi directed, on Sunday, for the development of the country’s quarry system, in accordance with a unified central mechanism.

The mechanism will ensure that governance occurs within Egypt’s quarrying work, and establishes clear principles for the relationship between investors and the government in order to manage the state’s natural resources.

Presidency Spokesperson Bassam Rady said that the meeting tackled the government’s efforts to develop the quarrying sector, as well as the national project to convert cars to work with natural gas.

The President has also directed for the development of the management and operation of trucks transporting raw materials from the country’s quarries. This is to ensure their compliance with safety and security standards to prevent pollution, waste, and traffic accidents.

The meeting undertook a review of the development plan for the quarry system, which aims to maximise the use of state resources. A complete inventory of data will be undertaken, and a unified electronic geographical platform established for all quarries across the country.

Rady added that a presentation was given during the meeting highlighting the workflow of the national project to convert cars from fossil fuels to natural gas. It also reviewed how natural gas will be supplied to stations nationwide, as well as the efforts to convert cars to run with both natural gas and petrol.

In this regard, President Al-Sisi directed for a nationwide increase in the number of gas stations to supply cars with natural gas. It is expected that this will enhance the national project’s efforts to convert cars to work with natural gas, in addition to providing new job opportunities for youth.

The President ordered for each public transport station to be provided with gas stations, to accommodate the increasing demands for natural gas on which to run vehicles nationwide.