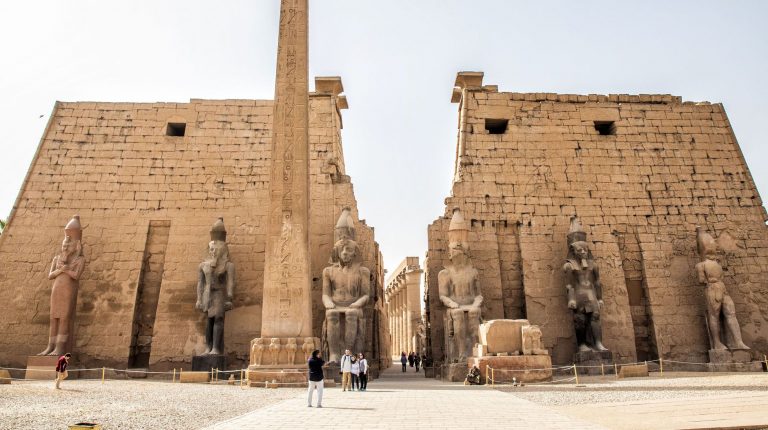 A total of 74% of visitors in Luxor are predominantly domestic with Egyptians keen to explore the history and civilisation of their country, according to Minister of Tourism and Antiquities Khaled Al-Anani.

Al-Anani, speaking on the sidelines of his visit to Luxor, also said that the figure also included those carrying out one-day trips coming from Hurghada.

The minister expressed his happiness at the return of cultural tourism in Egypt, following a long hiatus over 2020 due to the novel coronavirus (COVID-19) pandemic.

He revealed that there are now about 40 floating hotels operating between Luxor and Aswan, where just a few days ago there had been only about 10.

Luxor currently has occupancy rates of 16%, which is as good an amount as can be expected given the difficulties for the tourism sector in recent months, according to Mohamed Osman, Chairperson of the Marketing and Promotion Committee in Upper Egypt.

“It’s time to deal with the domestic arrivals, not only as an alternative to the international arrivals, but also as a main component for tourism in Egypt,” Osman said.

In that regard, Al-Anani said that the “Enjoy your winter in Egypt” initiative, launched by the Tourism Mministry in cooperation with the Ministry of Civil Aviation and the Egyptian Hotel Association, will revitalise domestic tourism.

This is aimed at encouraging Egyptians to visit their country’s antiquities, with the encouragement of reduced domestic air ticket prices to major tourism cities. This will mean that tickets will range from between EGP 1,500 to EGP 2,000, and will come in addition to reducing hotel prices, and granting a 50% discount on tickets to enter museums and archaeological sites.

Osman said that most of the countries that export tourists to Egypt are now banning travel, due to the global second wave of the coronavirus which impacted international tourism arrivals to Luxor.

“Currently, the large percentage of international arrivals to Luxor are from Eastern Europe,” Osman mentioned.

During the Minister’s tour to the Karnak Temple Complex in Luxor, Al-Anani met with tourist groups from Ukraine, Belarus, Poland and Switzerland who arrived in Luxor on day trips from Hurghada.

The tourists took photos with the minister and the Luxor Governor, expressing their happiness to spend the first days of the new year at the ancient site, which they described as the best place to be.