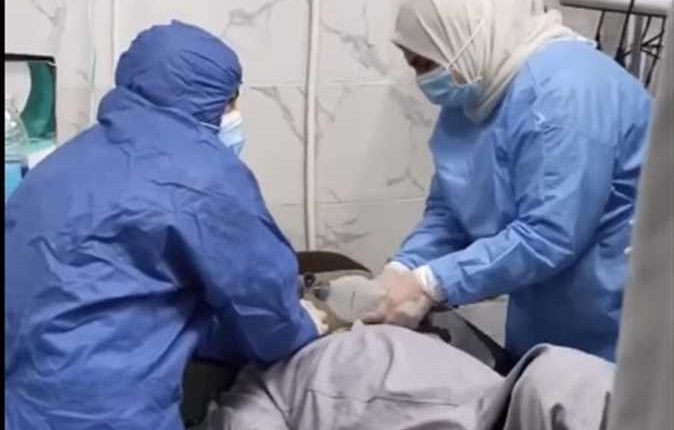 The Egyptian Public Prosecution has opened an investigation into the death of seven patients being treated for the novel coronavirus (COVID-19) at a hospital in Sharqeya governorate.

Sharqeya Governor Mamdouh Ghourab has denied reports that seven patients had passed away at the Al Husseiniya Central Hospital due to a shortage of medical oxygen at the hospital.

In a press statement on Sunday, Ghourab said that four COVID-19 cases passed away “naturally”. He added that the patients had been on ventilators, and had died as a result of a deterioration in their health due to chronic illnesses.

On Saturday, a video was circulated on social media showing the passing of COVID-19 cases at the Al Husseiniya Central Hospital, with doctors and nurses seemingly helpless due to the shortage of oxygen supply.

A technical committee was formed as soon as the video was published, to investigate into the incident and reveal the circumstances of the deaths, according to the governor.

He added that there are 17 paediatric cases in nurseries at the hospital, two cases in general care, and 36 cases of COVID-19 infections in the isolation department, all of whom are safe.

Ghourab said that the oxygen given to COVID-19 patients in the intensive care units comes from the same source of oxygen for nurseries and public care units. He emphasised that there is no shortage or depletion of oxygen.

“There is a backup network to use in the event of any problem in the oxygen tank,” the governor stated.

In a media statement on Sunday, he added that the hospital director attributing the deaths to “natural” causes was incorrect.

“According to my sources, the intensive care doctor informed the hospital director about the shortage of oxygen supply at the hospital, at least an hour [before the catastrophe],” Rahmo said.

He noted that the director did not act on the information, and the transfer of oxygen cylinders was delayed for an extended period, which led to the deaths

Meanwhile, the public prosecution has opened another investigation into the death of two COVID-19 patients at the Zifta public hospital in Gharbeya governorate last Friday, also allegedly due to the shortage of oxygen. The prosecution accused the hospital as being responsible for the negligence.

Minister of Health and Population Hala Zayed said in televised statements, on Saturday, that a committee from the ministry is investigating the incident. She affirmed that there is no shortage of oxygen supply at hospitals.

Oxford-AstraZeneca coronavirus vaccine approved for use in Britain

Coronavirus in Britain: Over 50,000 cases recorded overnight for first time