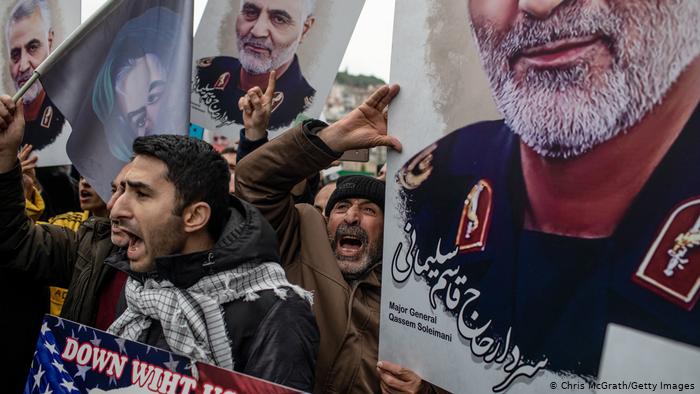 On the first anniversary of the assassination of top Iranian general Qassem Soleimani by a drone strike in Iraq, tensions between the US and Israel on the one hand, and Iran on the other, are rising.

Iran’s Minister of Foreign Affairs Mohammad Javad Zarif urged US President Donald Trump, on Saturday, not to be “trapped” by an alleged Israeli plan to provoke a war through attacks on US forces in Iraq, according to Iranian media.

Washington blames Iran-backed militia for regular rocket attacks on US facilities in Iraq, including near the US embassy. However, no known Iran-backed groups have claimed responsibility.

“New intelligence from Iraq indicate(s) that Israeli agent-provocateurs are plotting attacks against Americans — putting an outgoing Trump in a bind with a fake casus belli,” Zarif said in a Tweet.

On Sunday, Reuters quoted an Israeli official who dismissed as “nonsense” an allegation by the Iranian Foreign Minister that Israel was trying to trick the US into waging war on Iran.

However, speaking to the country’s KAN public broadcasting corporation, Israel’s Energy Minister Yuval Steinitz said it was his country that needed to stay on alert for possible Iranian strikes. He noted that these may occur to mark the one-year anniversary of the assassination of Tehran’s top general.

Steinitz said the remarks showed that Iran, after mounting US sanctions billed as curbing its nuclear programme and involvement in regional conflict-zones, was “under pressure – economic pressure, and pressure in terms of national security”.

“We hear this nonsense by Zarif that Israel would set off terrorist attacks against the United States – this really is total nonsense,” Steinitz told KAN.

The US military flew two nuclear-capable B-52 bombers to the Middle East in a message of deterrence to Iran on Wednesday, but the bombers have since left the region.

The US killing of top general Qassem Soleimani will not deter Iranian resistance, a senior commander said, on Friday, as tensions mounted in the build-up to the first anniversary of the drone strike.

The US targeted Soleimani, leader of the Revolutionary Guards’ Quds Force, in Iraq on 3 January 2020. Washington had accused him of masterminding attacks by Iranian-aligned militias on US forces in the region.

Days after the US drone strike, Iran retaliated with a rocket attack on an Iraqi air base where US forces were stationed. Iranian forces, who were on high alert as a result of the attack, mistakenly shot down a Ukrainian passenger airliner taking off from Tehran.

On the anniversary, tens of thousands of supporters of Iranian-backed Iraqi paramilitary groups chanted anti-American slogans in central Baghdad, on Sunday, to mark the anniversary of Soleimani’s death.

The gathering coincided with increasing tensions between Iran and the US in the last days of President Donald Trump’s administration, and many in the crowd demanded revenge.

Iraqi Shia leader warns Iran, US not to involve Iraq in their conflict