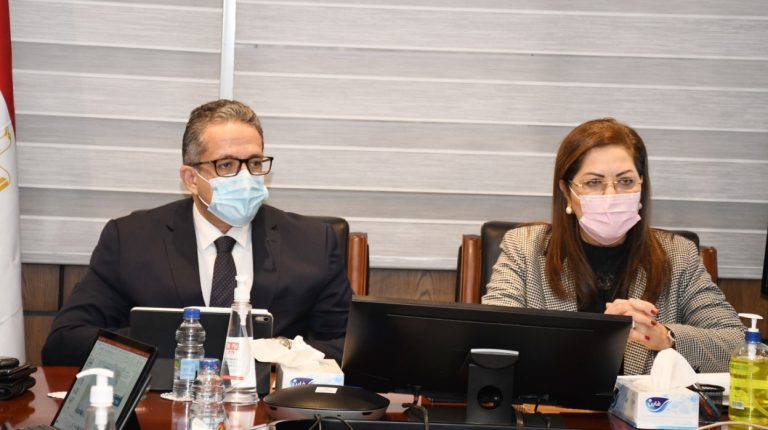 During the meeting, the two sides reviewed plans and targets in the tourism sector, and the activation of the sub-accounts unit at the Ministry of Tourism and Antiquities.

El-Said said that the tourism sector has been one of the sectors most affected by the novel coronavirus (COVID-19) crisis. Despite this negative impact, the sector still enjoys development opportunities as it reassess the situation, alongside an improving performance.

This includes an opportunity to use the temporary decline in traveller numbers to raise the sector’s efficiency in terms of equipment and infrastructure, whilst raising the efficiency of its employees, as well as structural and technical matters.

El-Said stressed the necessity of activating the role of the sub-accounts unit in the tourism sector. This enables the state to analyze all data on tourism and build a real strategy with realistic and achievable goals that are in line with Egypt Vision 2030.

The Minister pointed out that the Sub-Accounts Unit is useful in developing realistic estimates relating to the size of tourism activity and setting the necessary forecasts to achieve plans.

The unit will also enable the state to evaluate the tourism sector’s performance as well as its developmental impacts in light of its relationship with other sectors in the national economy. It will ensure the standardisation of data sources according to scientific concepts and methodology.

Additionally to this, the unit will facilitate analysis and comparison with international activities in the tourism sector, to understand the competitive capabilities of Egypt’s tourism.

Al-Anani highlighted his ministry’s close cooperation with the Ministry of Planning and Economic Development in setting the former’s objectives and plans, covering medium- and long-term plans in line with Egypt’s Vision 2030.

The minister also emphasised the Ministry of Tourism and Antiquities’ great interest in activating the Sub-Accounts Unit. Its success will be achieved by: providing accurate and organised statistics to identify tourism’s real contribution to the national economy; analysing the sector’s achievements; evaluating performance levels; supporting investment decisions; and activating and promoting tourism.

Al-Anani said Egypt was able to achieve great success in the tourism and antiquities sectors despite the COVID-19 crisis, and has provided an important model for work based on science and accurate planning.

The minister announced the occurrence of discoveries that will contribute to revitalising the tourism movement, which has been affected worldwide due to the pandemic.

Topics: Ministry of Planning and Economic Development Ministry of Tourism and Antiquities tourism