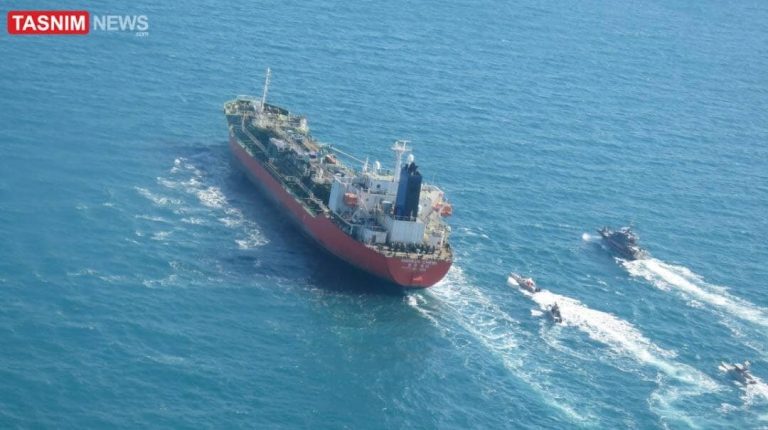 Iran said on Monday that the seizure of a South Korean oil tanker by Iran’s Islamic Revolution Guards Corps (IRGC) earlier in the day is a “normal” procedure over a “technical matter.”

“Like other countries, Iran is sensitive to this kind of violations, especially to the pollution of the marine environment, and deals with it within the framework of the law,” Saeed Khatibzadeh, spokesman of Iran’s foreign ministry, told reporters, as quoted by official news agency IRNA.

According to first reports from local officials, the cause of the seizure of the Hankuk Chemi was just a “very technical issue,” and is not extraordinary in nature, Khatibzadeh said.

In the evening, Massoud Polmeh, secretary of the Shipping Association of Iran, said the Hankuk Chemi is responsible for “repeated violations of environmental laws,” and must pay compensation for the damage to the environment, according to the official website of Iran’s Ports and Maritime Organization (PMO).

An IRGC naval patrol noticed the vessel’s violation and warned it, but the vessel continued on its way without heeding the warnings, Makizadeh said.

According to the official, the South Korean oil tanker was confiscated on the orders of the provincial judicial authority, and then directed to the port of Bandar Abbas for the necessary investigations and legal procedures.