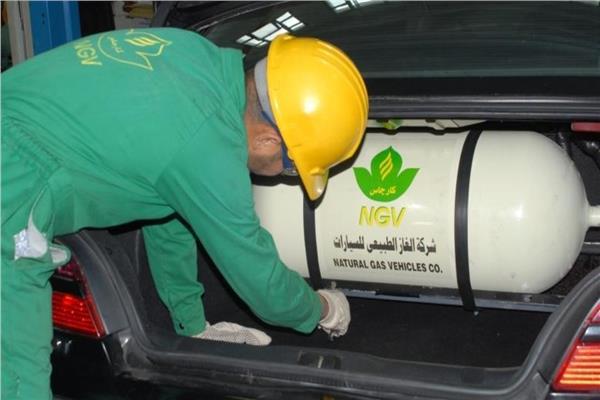 A total of 250,000 cars will be targeted in the three-year-long first phase of the national programme to convert or replace vehicles to natural gas, according to Egypt’s Minister of Trade and Industry Nevine Gamea.

The minister’s remarks came during the first day of the “Go Green Exhibition”, where she presented the most significant features of the national programme for converting and replacing cars to run on natural gas.

As part of this, Gamea outlined the reduction in the state’s general budget of the costs of subsidising petroleum products.

The minister also said that 47,000 cars were converted to work on a bi-fuel system, using both petrol and natural gas, with total financing amounting to EGP 252m. The project contributed to providing 47,000 job opportunities.

Gamea further said that the programme encourages the use of natural gas, which saves about 50% of the money spent on traditional fuels. As a result, it provides a better income for taxi and microbus drivers, decreases air pollution, preserves the environment, takes advantage of recent natural gas discoveries, and reduces the cost of importing diesel.

The minister noted that nine Egyptian banks are participating at the exhibition in special pavilions, to showcase banking services available for financing, besides answering the enquiries of citizens wishing to benefit from the programme.

The agreements will provide a new financing package of EGP 200m to complete the implementation of the programme’s phases. In addition to this, the Ministry of Trade and Industry and Nissan Motors Egypt signed a Memorandum of Understanding (MoU). The agreement will see the implementation of a programme to promote exports of locally manufactured cars abroad, Gamea said.

She added that 30 auto manufacturing companies are participating in the exhibition, and revealed that her ministry has also agreed with nine locally produced companies to participate in the programme to provide 12 different models of cars and microbuses.

With regards to converting cars to natural gas, Gamea said that MSMEDA will finance the conversion of 150,000 cars within three years, ending in 2023, at an estimated conversion cost of EGP 1.2bn. Accordingly, it was agreed to transfer 50,000-75,000 cars annually at a cost of EGP 400m to EGP 600m.