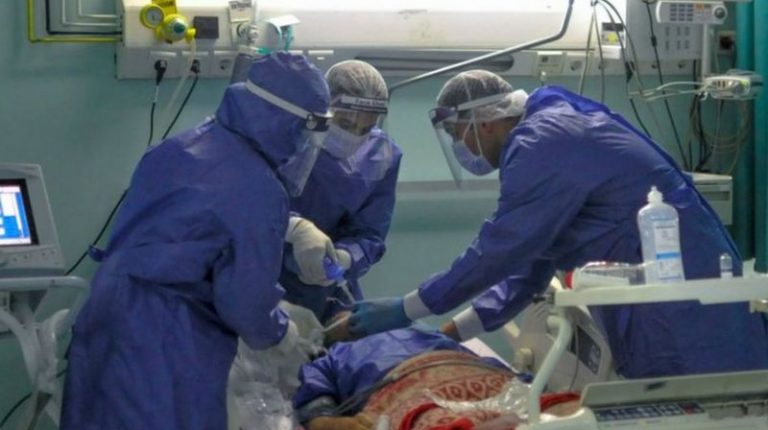 Senate member Sameh Sadat submitted, on Monday, a request for a high-level ministerial briefing over “the shortage of medical oxygen” at hospitals across the country.

The briefing will be presented by Prime Minister Mostafa Madbouly, Minister of Health and Population Hala Zayed, and Minister of Trade and Industry Nevine Gamea.

Sadat said, “The shortage of medical oxygen led to many deaths, which is a big disaster especially with the increase in the number of cases of the novel coronavirus (COVID-19).”

Earlier, Egypt’s Public Prosecution opened an investigation into the death of four coronavirus patients receiving treatment at the Al Husseiniya Central Hospital’s isolation facility in Sharqeya governorate. It also summoned the hospital’s director and a number of doctors for interrogation over the incident.

Meanwhile, the prosecution is also investigating the death of two patients at the Zefta General Hospital, which is also an isolation facility, due to the “shortage of medical oxygen”.

Social media users have, since Saturday, been circulating a video showing what appeared to be an intensive care unit (ICU) at a hospital, with doctors and nurses rushing to treat patients. The unnamed and unidentified person who filmed the video can be heard saying that “all [patients] in the ICU died.”

With the video going viral, hashtags featuring ‘Al Husseiniya Hospital’ and ‘intensive care unit’ have been trending on social media. Social media users have expressed shock and anger, with many calling for an investigation into the deaths.

Security forces in Sharqeya governorate summoned the individual who filmed the video at the hospital, according to local media.

Sharqeya Governor Mamdouh Ghourab, however, denied reports that the patients of the Al Husseiniya Hospital died “due to a shortage of medical oxygen.” He said, “There is a backup oxygen network to use in the event of any problem in the oxygen tank.”

In the meantime, the Ministry of Health and Population said in a statement, on Sunday, that there “is a sufficient stock of medical oxygen in all hospitals that receive COVID-19 patients.”

He also said, “Most of them were elderly and suffered from chorionic diseases and the complications of the COVID-19.”

Regarding other in Zifta Public Hospital, he said that Minister of Health and Population Hala Zayed has ordered for the formation of a committee to investigate the matter.

He said that the government is “keen on providing an adequate supply of medicinal oxygen at all hospitals since the emergence of COVID-19 in Egypt.”

Speaking to ElWatan newspaper, a nurse at the Al Husseiniya Central Hospital said, “At 9:30 pm, a malfunction occurred in the oxygen cylinders, which led to poor oxygen delivery to patients. This resulted in the suffocation of a large number of patients isolated for COVID-19-treatment.”

The nurse said that the medical staff tried to treat patients, all of whom suffered from severe cases of the virus, but they failed as “their condition was already deteriorating before the issue of oxygen shortage.”

The second wave of the coronavirus has been intensifying with an increase in cases and fatalities in the country.

On Sunday alone, the Ministry of Health and Population reported 64 fatalities due to coronavirus-related complications, one of the highest figures registered in recent days since the start of the second wave. Egypt’s total COVID-19 confirmed cases stand at 142,187 with 7,805 deaths.