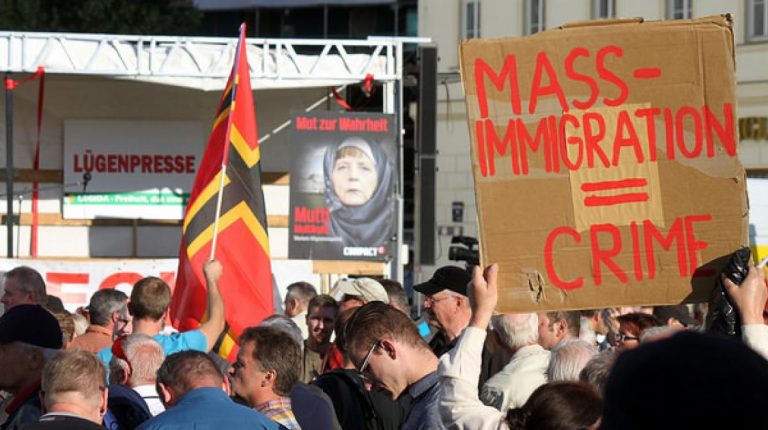 Economic decline and increasing wealth inequality may cause people to focus their social interactions towards those who have similar views and backgrounds, according to a new study.

The study adds that this, in turn, leads to greater polarisation and the creation of isolated societies, which could enhance the emergence of political extremism.

Results published recently in the journal, Science Advances, indicate that this polarisation can be contagious. A sub-population facing economic hardship may lead to widespread polarisation that may prove inevitable, even as economic conditions improve.

The results may provide insights into how populist and other far-right political movements have emerged, including in the US, where researchers have shown that inequality and polarisation have been linked during the last three presidential election cycles. Social safety nets can prevent this slide into political turmoil, by preventing income decline sufficient to trigger polarising behaviour and social risk.

Populist movements have emerged in various countries around the world, from the US and the UK to India and Brazil. As scholars attempt to understand the roots of these polarising movements that reinforce social conflicts, most discussions centre around social identity as opposed to those that focus on economic concerns.

To study these groups, researchers developed a model for interactions within and outside the group under changing economic conditions.

There was already data showing that political polarisation and identity politics tended to increase and decline, if not always, with inequality, but no one knew the exact reason for this.

There are, however, some known feedback processes, such as organisational takeovers, so that people get more political influence when they have more money.

“What we created was the first clear explanation of what might happen, and then we used computer simulations to test whether this explanation was coherent, and we discovered that it was better than we thought. Then we tested it with more data,” said Joanna Bryson, Professor of Ethics and Technology and Berlin’s Hertie School of Governance, and the co-author of the study.

She said that inequality pushes people exposed to economic risks, such as losing a home or work, to seek refuge in people who are similar to them or belong to them. This means that the possibilities of help within this more homogenous group are much greater than if you were in a diverse society.

Bryson notes that if governments are keen to ensure that the poor are still in good condition, and their conditions have not worsened, then the country can suffer from inequality but without being polarised. This model of social care at a nationwide level has occurred in Germany and China, for example.

The study showed two other very important aspects at play in this situation. The first of these is that if things are really bad, you know that working with others like you will not be enough, and you have to go back to working with all of the available people again. This is called “gambling for salvation”, ensuring that when you are in real trouble you may take a big risk, because you know there is no other option, according to Bryson.

The second aspect is to de-polarise. This means that an individual might work using the model that, if inequality is reduced or the well-being of the worst-off is improved, then polarisation should be removed. And you would be right – but only in the simplest cases.

But if the model is made more complex, the result will be that even if the economy improves, people do not begin to trust each other again. And often it takes a big event, such as a war or pandemic, to remind people that they are doing a good job and that they need each other.

The important point is that if inequality is increasing, institutions will not benefit all individuals, but only some.

“As a result, this study should serve as a wake-up call for politicians and those who influence them, and that if you want a stable and healthy society, then there should be enough wealth distribution and institution building to ensure that everyone benefits,” Bryson noted, “That is, the rich must pay their taxes, not evade them, and the powerful must use their power to ensure that the benefits are well distributed.”

According to Bryson, the Middle East and North Africa (MENA) region is a good example of a very diverse area, but at the same time its population suffers from low GDP and inequality. Its peoples face difficulty in finding jobs and providing for their families, which are polarisation conditions.