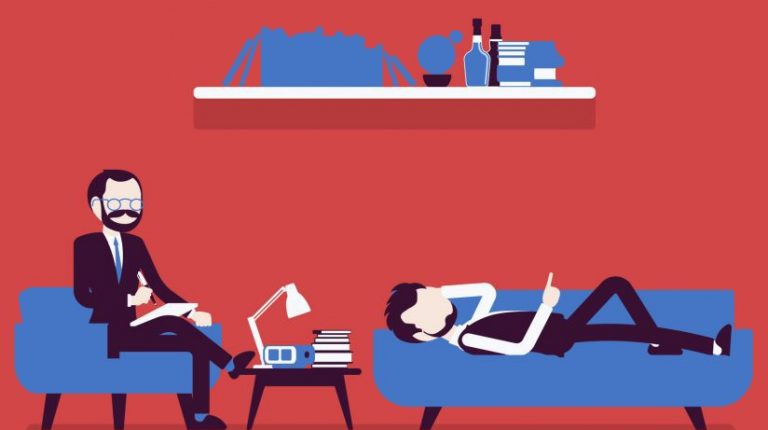 Despite high levels of well-being frequently reported in the wealthy countries of northern Europe, many people assume depression or anxiety is linked to higher financial wealth.

But this idea is completely wrong according to the results of a new study prepared by a multidisciplinary research team.

In the new study, researchers deny this conditional link between wealth and depression. On the contrary, the authors believe that the burden of common mental health diseases falls on the poor much more than the wealthy. The research indicates that people who live in poverty are often affected by mental health illnesses. Likewise, those suffering from depression and anxiety are more likely to face greater economic challenges due to loss of work and income, which leads to poverty.

The study, published recently in the journal Science, relied on examining the accumulated multidisciplinary evidence that demonstrates a two-way causal relationship between poverty and the most common mental illnesses, such as depression and anxiety.

As part of the research, the team took a particular focus on the associations between financial status and the unusual circumstances found during the novel coronavirus (COVID-19) pandemic.

Studies in the past few months have shown very worrying increases in rates of depression, anxiety, and stress.

“Of course, it is understood that the health concerns, personal trauma and social isolation caused by the epidemic will exacerbate mental health,” the authors say, “But it is also driven by the economic effects of the epidemic.”

Data shows that in countries such as the US and India, low-wage workers are the most vulnerable to financial suffering due to the pandemic. With the absence of a state that provides strong financial support to families in such countries, the poor are afflicted with a triple disaster: COVID-19, poor mental health, and economic suffering. The latter two can reinforce each other.

Gautam Rao, Associate Professor of Economics at Harvard University and a co-researcher in the study, explains that the results also apply to countries in the Middle East and North Africa (MENA) region.

The data shows that almost all countries in the Eastern Mediterranean suffer from a high burden of mental health disorders, including depression and anxiety, compared to global averages.

Rao adds that countries in the MENA region spend very little on providing psychological care for their people.

Vikram Patel, a professor at the Harvard School of Public Health and co-author of the study, says mental and economic well-beings are closely related. As a result, improving a person’s economic well-being, whether through cash transfers or health insurance, reduces the risk of anxiety and depression.

Likewise, improving a person’s mental health through psychotherapy, for example, has economic benefits, as it increases employment and profits.

The researchers suggest that the most convincing evidence that poverty is a pathogen of mental illness comes from randomised trials of cash transfers and other anti-poverty programs. In these experiments, randomly selected people are given large sums of cash, or valuable assets (such as goats).

Across many different countries and environments, studies have found that people who receive these transfers and benefits have improved mental health after months or years, more than those who have not received the same benefits.

The findings mean that scientists are confident this positive effect is a causal effect of the financial transfer process, and not because of another factor that makes some people richer and have better mental health.

“We have evidence that early life conditions, such as the poverty that children experience before or after their birth, can severely affect their mental health at puberty,” he adds, “This constitutes a strong case for financial support for pregnant women and caregivers of young children.”

Mental health as a whole has, until recently, not received much attention in many low- or middle-income countries. And most economic research has left little room for mental health. One reason for this may be that measuring mental health has been more difficult than measuring income or consumption.

Many countries also invest significantly less in mental health care compared to their expenditures on physical health, even though mental illness is a greater burden than physical illness.

The authors believe that public health crises like the current global health crisis uniquely affect the poor, so increasing investment in mental health is now a very urgent need.

Increasing spending on mental health care and closing the huge treatment gaps must be a major priority for governments, given the psychological and economic benefits they will receive.

Loneliness highest in 20s, lowest in 60s: US Survey

A Healthcare Career: How to Take the Stress Out of Studying