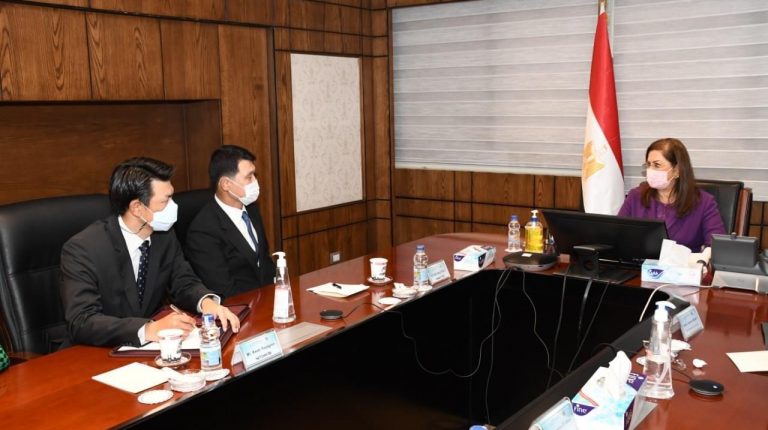 At the beginning of the meeting, Ambassador Hong congratulated El-Said on her selection as the Best Arab Minister in the Arab Government Excellence Award.

During the meeting, the most important actions undertaken by the Ministry of Planning and Economic Development were reviewed, along with the elements of Egypt’s Vision 2030. The two sides also discussed the Egyptian state’s most important efforts in dealing with the novel coronavirus (COVID-19) pandemic.

They reviewed Egypt’s unique success in achieving positive economic growth in light of the crisis, with the country one of few to have achieved such a position.

The minister called on Korean investors to cooperate with TSFE in several areas, the most important of which is the resettlement of technological industries.

She emphasised Egypt’s appreciation for the Korean economic experience, and South Korea’s aspiration to deepen cooperation in the economic field and exchange experiences in all fields.

The Korean ambassador affirmed his country’s appreciation for Egypt’s apparent success in dealing with the crisis caused by the coronavirus. He also praised its positive growth over the past year, as well as his country’s keenness to cooperate with Egypt in all fields.

Ambassador Hong noted the great understanding and continuous communication between the political leadership of the two countries, as well as clear success stories for Korean companies in Egypt.

He indicated that his country is looking to increase these success stories, as well as its investments in Egypt.