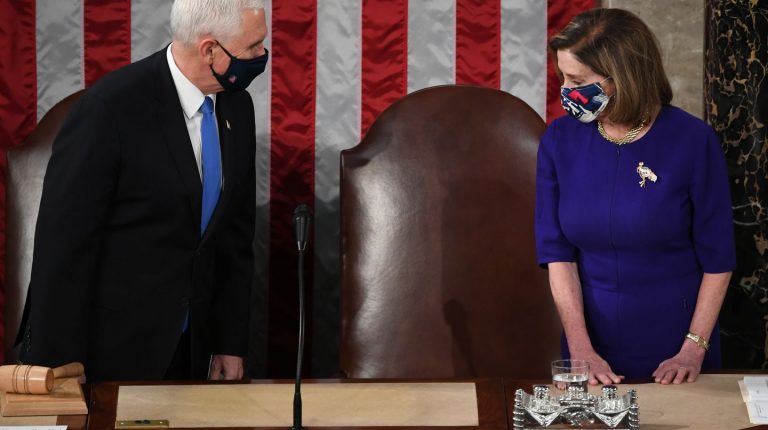 The US Congress convened in a joint session Wednesday afternoon to formally count the Electoral College votes cast in the 2020 presidential election.This is the final step in certifying President-elect and Democrat Joe Biden’s victory over the incumbent Republican, Donald Trump.
US Vice President and President of the US Senate Mike Pence is presiding over Wednesday’s congressional session.

Shortly after the session opened, Republicans raised a recognized objection to the counting of the electoral votes in Arizona, long a deep-red state that flipped to Biden last year, forcing a debate in both the House and the Senate for up to two hours.

The chambers will vote on the objection respectively after the debate, which is unlikely to be sustained, as Democrats have a majority in the House and they are expected to unite against any challenges to the presidential election results.

In the Senate, where Republicans only have a slim majority, the party has been torn by efforts seeking to throw out electoral votes.

“The Constitution gives us here in Congress a limited role. We cannot simply declare ourselves a national board of elections on steroids,” he argued. “Voters, courts, states have all spoken. They’ve all spoken.”

The U.S. Congress will reconvene after the objection is voted on and continue with the Electoral College vote counting.
The process is repeated with every recognized objection. Republicans are also expected to contest results of at least two other states.

Electors in 50 states and the District of Columbia met last month to select Biden as the next president of the United States by awarding him 306 electoral votes versus 232 for Trump.