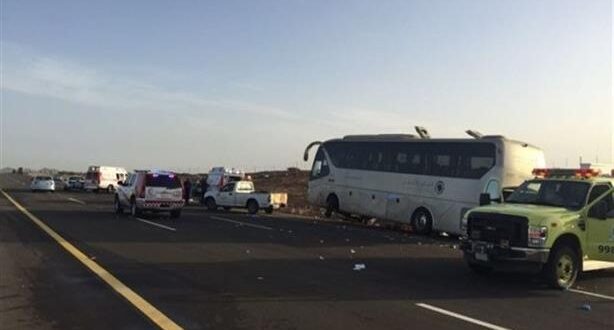 The bodies of three Egyptians were received by their families at Cairo International Airport, on Thursday, following a traffic accident in Saudi Arabia as they headed to perform the Umrah.

The bodies of the citizens arrived in Egypt on board a Saudi Airlines flight, which took off from Jeddah Airport.

On Wednesday, the Egyptian General Consulate in Jeddah announced that a bus carrying 16 Egyptian citizens overturned 310 km away from the city of Tabuk. The bus had been heading to Mecca where the passengers were to perform the minor Islamic pilgrimage of Umrah.

The accident resulted in the deaths of the three Egyptians, and left others wounded.

Egypt’s Ministry of Foreign Affairs announced that, as part of its continuous care for Egyptian citizens abroad, the country’s General Consulate in Jeddah is closely monitoring the situation regarding the accident.

The Ministry added that the Egyptian Consulate General immediately contacted the local Saudi authorities to complete all procedures related to the repatriation of the bodies, and to determine the circumstances of the accident.