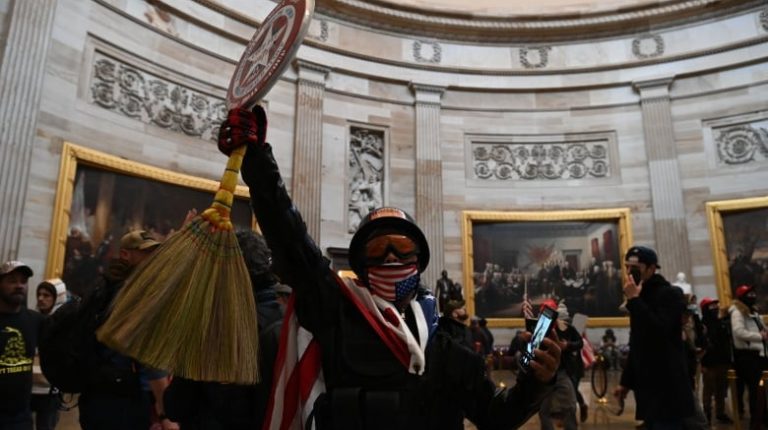 US Seattle Mayor Jenny Durkan on Wednesday issued a statement condemning the insurrection of extremists at the US Capitol.

“The world’s eyes are on the United States Capitol. We are seeing the dangerous and terrifying result of a president that has instigated division since the beginning of his presidency and refuses to relinquish his power. This is what happens when the President and his enablers urge armed rebellions and sow deep distrust in the election,” Durkan said in the statement.

“This is not an attack on a building; it is an attack on our Democracy, our fundamental American values, and the rule of law,” she added.
She urged all lawmakers including Republicans to unequivocally denounce the actions and honor the right of voting and certify the results of the election.

“We will have a full transition of power… President-Elect Biden will be inaugurated in two weeks,” Durkan said.

Earlier, US President-elect Joe Biden condemned what he called “insurrection” at the US Capitol on Wednesday, after some supporters of the Republican incumbent, Donald Trump, broke into the building, forcing electoral vote counting to halt.

“This is not protest, it’s insurrection,” Biden said in Wilmington, Delaware. “This is not dissent. It’s disorder. It’s chaos. It borders on sedition.”
The Democrat went on saying that he’s calling on Trump to “go on national television now to fulfill his oath and defend the Constitution and demand an end to this siege.”

Trump has refused to acknowledge defeat in the 2020 presidential race with Biden and is still push claims of a “fraudulent” election, which had been dismissed by US courts at different levels due to a profound lack of evidence.

The US Congress convened in a joint session earlier in the day to certify Biden’s victory, but both the House and the Senate, which were separately debating an objection to the counting of Arizona’s electoral votes, had to recess after protesters breached the US Capitol.