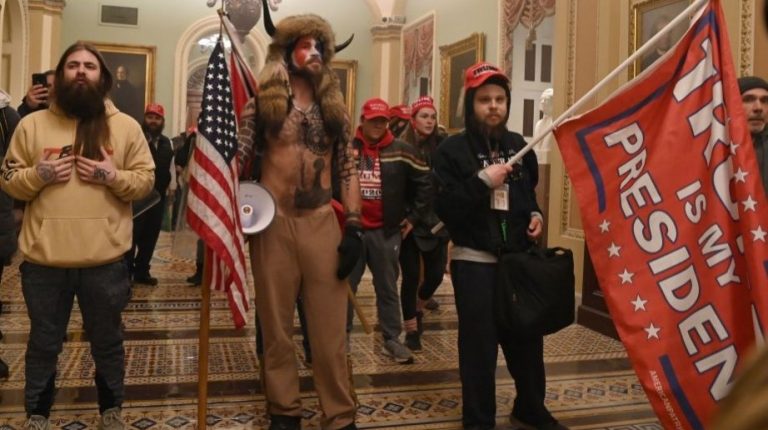 Leaders all over the world reacted with horror to the chaotic scenes in the US capital after pro-Trump protesters stormed the US Capitol on Wednesday.
UK Prime Minister Boris Johnson said “Disgraceful scenes in US Congress. The United States stands for democracy around the world and it is now vital that there should be a peaceful and orderly transfer of power.”
Similarly, NATO Secretary-General Jens Stoltenberg expressed his shock saying “The outcome of this democratic election must be respected.”
While the EU foreign policy chief Josep Borrell Fontelles said that the American democracy is under siege, adding that “This is an unseen assault on US democracy, its institutions and the rule of law. This is not America. The election results of 3 November must be fully respected.”
For his part, French Foreign Minister Jean-Yves Le Drian said that violence against American institutions is a serious attack on democracy. While the Dutch Prime Minister Mark Rutte tweeted “Horrible images from Washington D.C. Dear [Donald Trump], recognise [Joe Biden] as the next president today.”

“The Irish people have a deep connection with the United States of America, built up over many generations. I know that many, like me, will be watching the scenes unfolding in Washington DC with great concern and dismay,” said Irish Prime Minister Micheál Martin.

The tense situation in US Capitol has forced proceedings to count Electoral College votes cast in the 2020 presidential election to halt.
Washington, D.C. Mayor Muriel Bowser on Wednesday afternoon ordered a citywide curfew in the wake of the incidents.
In a statement, Bowser said the curfew will run from 6 p.m. on Wednesday until 6 a.m. on Thursday.