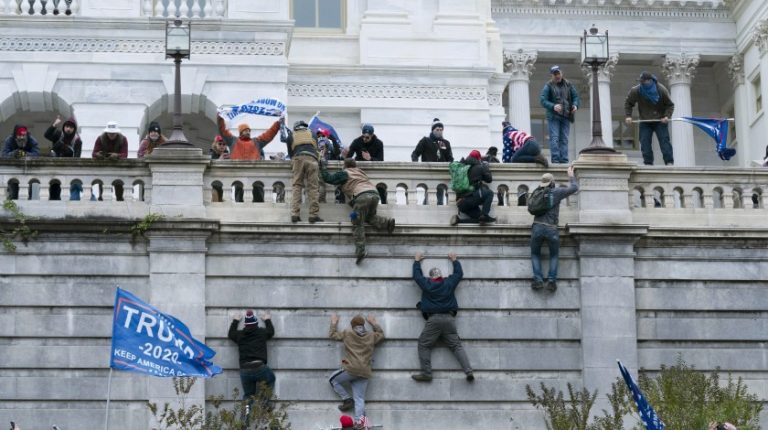 Incumbent US President Donald Trump is facing the hardest time of his presidency, just 10 days before leaving office.

The US political arena is still focusing on the violent storming of the US Capitol by Trump supporters last Wednesday, as Senate members worked to verify the electoral votes in November’s elections.

Despite pledging an “orderly transition” following Congress’ certification of President-Elect Joe Biden’s Electoral College victory, Trump is facing charges of threatening US democracy. He also faces accusations of violating the sanctity of the Capitol by inviting his supporters to prevent the transition of power, and continuing his claims that the results of the presidential elections were rigged.

House of Representatives Speaker Nancy Pelosi said that she has instructed the House Rules Committee to prepare to impeach Trump unless he resigns.

In a statement after her meeting with the Democrat Bloc in the House of Representatives, Pelosi noted that the Congress reserves all options, including the right to invoke the 25th Amendment or the parliamentary trial of the president.

She requested the 25th Amendment’s activation, and is waiting for a response from Vice President Mike Pence.

The 25th Amendment stipulates that when the president dies, resigns, or is removed from office; the vice president will run the country until a new president is elected.

The options are limited, however, particularly by a timeline that makes removing Trump from office difficult, if not impossible. There are two legal options to remove a president — the 25th Amendment and impeachment. And there are now calls for administration officials and members of the military not to follow presidential orders.

Section 4 of the 25th Amendment seems unlikely to be invoked, however, because it would require the vice president, a majority of the president’s Cabinet and two-thirds of Congress to vote to remove the president from office.

On Wednesday, the US Capitol was breached by Trump supporters, in a tense stand-off that forced proceedings in the count of Electoral College votes cast in the 2020 presidential election to halt.

Moreover, many Democrat members in the US House of Representatives called for immediate parliamentary trial procedures, and the abolition of Trump’s eligibility for any future office.

They accused Trump of endangering national security and threatening the stability of a global order based on the principles of democracy and the rule of law.

Meanwhile, Democrat lawmakers in the Congress published a draft of an indictment against Trump, as preparation for parliamentary trialling him on charges of major crimes and misdemeanours and inciting a riot.

More than 150 representatives signed the draft within a few hours. President-elect Biden has left the matter of removing Trump to Congress.

Despite attacking Trump’s latest actions, the Republicans said that the parliamentary election for a new president just a few days before the end of an old presidency could lead to national divisions.

In the meantime, Trump has found himself permanently banned from using Twitter, after the networking site suspended his account last Friday.

“After a close review of recent Tweets from the @realDonaldTrump account and the context around them – specifically how they are being received and interpreted on and off Twitter – we have permanently suspended the account due to the risk of further incitement of violence,” the company said in a statement.