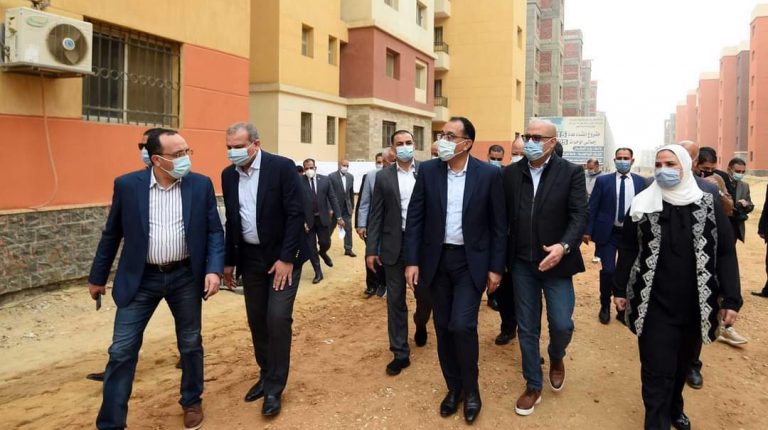 Egypt’s Prime Minister Mostafa Madbouly asserted, on Saturday, that Egypt is keen to quickly complete development and replacement of the informal settlements in Al-Salam City.

Madbouly’s remarks came during his inspection visit at a housing project in Al-Salam City, which will provide 4,800 housing units.

The Prime Minister confirmed that the government has been investing billions of Egyptian pounds into the “Decent Life” initiative to develop unplanned buildings.

He noted that President Abdel Fattah Al-Sisi directed for the speedy development of unsafe settlements, being one of the country’s top priorities.

He emphasised the need to transfer the inhabitants of these unsafe areas to civilised housing communities that enjoy various services.

About 55% of the project has been completed, and is being implemented by a number of developers under the supervision of the New Urban Communities Authority (NUCA) at a cost of EGP 1.7bn.

The project also includes 44 buildings, comprised of 1,056 housing units, and which will be dedicated to investment sale.

The government has launched a project to urbanise informal areas that are fit for living in, and evacuate those that are not, with the aim of having an informal settlement-free Egypt by 2030.

The plan aims to develop many unsafe areas in Cairo, which hold the majority of Egypt’s unplanned areas, and to re-house residents of the most dangerous places. The housing scheme is part of a five-year government project, started in 2016, to either demolish or upgrade unsafe settlements and relocate some 850,000 people.

The government divided the informal settlements into two categories, with the first category being the dangerous one.

Ihab Mahmoud Al Hanafi, General Coordinator of the Informal Settlements Development Fund, said that Egypt has about 357 unsafe residential areas, which will cost the government about EGP 61bn to develop.

Most of the unplanned areas in Egypt’s sprawling capital have seen the country’s poorest inhabitants build ramshackle homes that lack basic amenities, such as sewage and water.