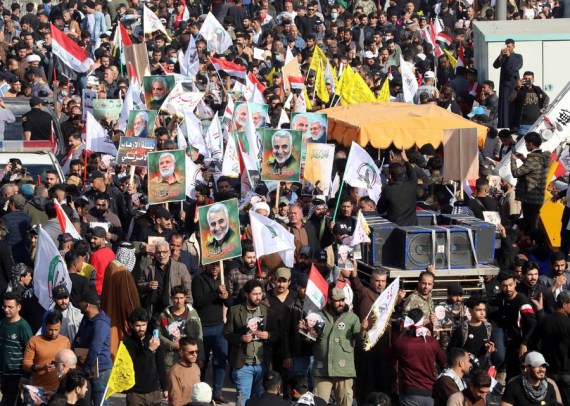 Salih’s comments came during his meeting with the head of the Hashd Shaabi forces Falih Al-Fayadh, according to a statement by the Presidency’s media office.

The meeting tackled the security developments in Iraq and the need to strengthen the security forces to achieve stability in the country, the statement said.

They also highlighted the importance of continuing counter-terrorism efforts and pursuing the militants of the extremist Islamic State (IS) group who are trying to destabilize some areas in Iraq.

The meeting came two days after the US Department of the Treasury imposed sanctions on Al-Fayadh for his alleged role in violent repression of anti-corruption protests in 2019.

Earlier, a statement by the Iraqi Ministry of Foreign Affairs said the US sanctions decision against Al-Fayadh was an “unacceptable surprise.”

It is worth noting that the US Department of the Treasury had previously issued a list of sanctions against Iraqi politicians, members of parliament, and commanders of the paramilitary Hashd Shaabi forces.