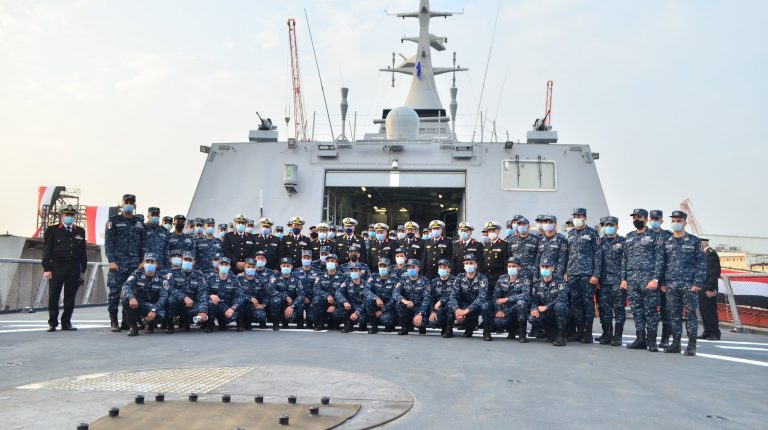 The Egyptian Navy received, on Monday, the first locally manufactured Gowind model stealth frigate, which has been named “Port Said”.

According to a military spokesperson, the frigate was entirely manufactured by the Alexandria Shipyard, in cooperation with French company Naval Group, and will join Egypt’s naval fleet.

The Armed Forces announced that Commander Vice Admiral Ahmed Khaled attended the ceremony in which the frigate was received in Alexandria.

The Egyptian Navy has recently witnessed a technological boom in its armament systems and combat efficiency, in accordance with the latest international systems.

The new frigate is capable of carrying out various combat actions, and is distinguished by its integrated combat monitoring system against ships, planes, and submarines. This has been reflected in the complexity and accuracy of its design, and the quality standards required for its construction.

In his speech during the ceremony, Khaled emphasised the support of President Abdel Fattah Al-Sisi in implementing a comprehensive strategy to develop and modernise the Egyptian naval fleet.