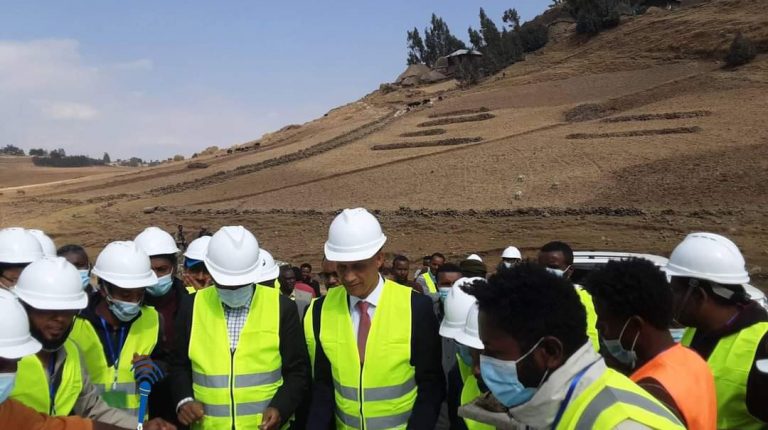 Ethiopia has announced that it will establish a new dam, with a capacity to store 55 million cubic meters of water, amid an escalating dispute with Egypt and Sudan over the Grand Ethiopian Renaissance Dam (GERD).

The country’s Minister of Water, Irrigation and Energy, Seleshi Bekele, and the Head of the Amhara Regional State, Agegnehu Teshager, lay the foundation stone for the new Agma dam, on Saturday.

The dam, which is located in the country’s northern Amhara region and is set to cost about $125m, will be 45 metres high and 371 metres long, Ethiopian Broadcasting Corporation reported. It added that a total of 7,000 hectares of land will be reclaimed as part of the project.

The dam’s construction will be implemented by the China Civil Engineering Corporation (CCEC), in cooperation with a number of local companies. Located on the Agma River in the Blue Nile Basin, the project is scheduled to be completed within three years.

The Agma dam will be established by the Ethiopian governmental organisation, Amhara Water Works Construction Enterprise, with the cooperation of the CCEC.

Meanwhile, the Sunday meeting on the major Ethiopian dam dispute has failed to achieve any progress, due to the differences relating to the resumption of talks and the procedures related to the negotiations process.

The dispute over the GERD is part of a long-standing feud between Egypt, Sudan, and Ethiopia, relating to access to River Nile waters. The waters are considered a lifeline for millions of people living in Egypt and Sudan.