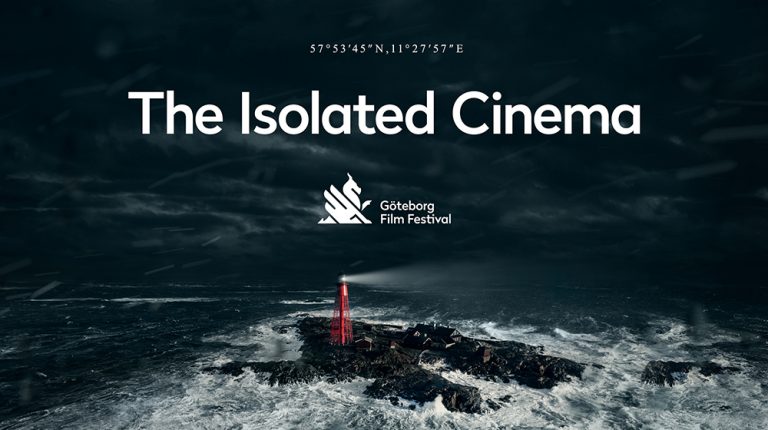 As the novel coronavirus (COVID-19) pandemic has forced the world’s cinemas to close down, Scandinavia’s biggest film festival, the Göteborg Film Festival, will create The Isolated Cinema on the lighthouse island of Pater Noster in Sweden.

The film festival said that one film enthusiast will be able to enjoy the festival in total isolation on a rock far out at sea, with film as his or her only companion. There will also be exclusive one-person film screenings at two iconic venues in the idyllic city of Gothenburg.

The festival said its 2021 edition will be with audiences having access to all the films, premieres, and talks via a digital platform. Some participants will also get a real-life experience with the opportunity to watch the films in total seclusion at The Isolated Cinema.

The Göteborg Film Festival said it is looking for someone keen to “take on the challenge of spending one week in social isolation on the remote lighthouse island of Pater Noster, a secluded spot out at sea, far away from family, friends and mobile phone”.

“The only company will be the noise of the sea, and the festival films,” it added, “Everyone is welcome to apply for the spot on Pater Noster via the festival website.”

The festival also said that it will also be offering isolated film screenings for one person at a time at the Scandinavium Arena and the Draken Cinema.

“The 2021 festival focus, ‘Social Distances’, examines the new world that has emerged in the wake of the pandemic, and the role of film in this new world,” Jonas Holmberg, Artistic Director at the Göteborg Film Festival, said in a press release.

He added, “The creation of isolated film experiences for single-person audiences at iconic sites is a way of ensuring entirely safe festival screenings, but it is also an attempt to process how the pandemic has changed people’s relationships with film.”

Holmberg also added that on Pater Noster, it is all about the total isolation experienced by so many people the world over this past year.

“The sensation of being utterly alone in the Scandinavium arena or Draken cinema ties in with the altered relationship people now have to all those places that normally buzz with activity but are now deserted,” he said. Pater Noster is a lonely lighthouse in the North Sea perched at the very edge of the archipelago in one of Sweden’s most barren, windswept locations.

The festival noted that the island is where a solitary film enthusiast will be secluded for an entire week, with only the film festival programme for company.

Every day, he or she will provide a report about the films and the experience of being alone on an isolated rock in a vast sea, it added.