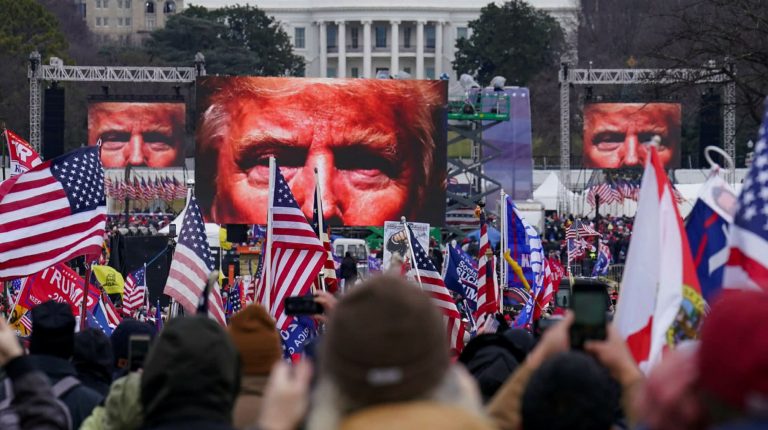 The recent attack on the US Congress by supporters of outgoing President Donald Trump is not the first of its kind in the American history.

The US Congress has previously been attacked four times for various political reasons. However, the latest one is not just an attack for political reasons, but it is an outright violation to democracy that would undermine the political position of the US in the world.

This is because the US used to be the foremost guardian and sponsor of democracy in the world, and was the country minorities resorted to in their struggle against despotic regimes and tyrannical rulers around the world.

But this attack, which is considered a dark spot in US political history, prompted many commentators and political analysts to describe American democracy as a fragile system and a double-edged sword whose results cannot be expected.

In fact, what is happening in America today gives a new licence for peoples and regimes to abandon democracy and search for new methods and systems of governance and administration. It also gives them the freedom to implement democracy in their way, not the American way.

Democracy in the US depends totally on the ability of the candidates to convince the voters, and herein lies the dilemma. This is because free elections may lead to the victory of racist, fascist, and separatist people.

Obviously, the electoral process depends on propaganda, advertising, slogans, and rhetorical promises that create atmospheres, most of which are false. These aim to convince the voters who usually fall as easy prey for these false promises, to elect those who are far from representative of their true interests.

Moreover, following the victory of this candidate whose true intentions we do not know, he becomes the Commander-in-Chief of the US Armed Forces. As a result, the President has the authority to launch, direct, and supervise military operations, and to order the launch of nuclear weapons as well.

This is exactly the concern held by members of the US Congress at the present moment, as they fear that Trump will use nuclear weapons to stay in power.

It is this democracy that brought [Adolf] Hitler to power in Germany, and led the world into a world war in which nearly 50 million were killed, along with the economic and urban devastation that afflicted the entire world.

It is the same democracy that made businessman Donald Trump President of the US. It was Trump who promised the American people to make the country great again, but instead of this he re-ignited the flames of racism in the country and nearly started a second civil war. This is the man who incited his supporters to attack Congress, which is the symbol of democracy, and made the US a laughing stock in front of the world.

The phrase “It cannot happen here” is one of the most important elements that foretells the chaos that could happen in the US as a result of the policies pursued to implement democracy there, and sees something dark and terrible brewing in American politics.

There is no exaggeration to say that this phrase predicted the Trump era, but rather that it narrated events that occurred during Trump’s term, as if he was re-enacting the events of the phrase again, but from inside the White House this time.

The phrase is based on Sinclair Lewis’s 1935 novel “It Can’t Happen Here”, which describes the rise of a US dictator in a similar fashion to Adolf Hitler’s winning of power. The novel revolves around Senator Berzelius “Buzz” Windrip, a charismatic and power-hungry politician, who wins the 1936 US presidential election on a populist platform, promising to restore the country to prosperity and greatness, promising each citizen $5,000 a year.

Despite portraying himself as a champion of traditional American values, one of Windrip’s first acts as president is to eliminate the influence of the United States Congress. The move draws the ire of many citizens, as well as the legislators themselves.

And despite Windrup’s actions that blatantly violate the principles of democracy, he still found supporters for his actions, believing that these dictatorial acts are painful but necessary steps to restore US power.

Lewis’ novel was turned into play, which has been performed many times on stage in the US. I think it will be on the list of performances in the coming period following the re-opening of theatres, as it deals with the controversial political issue of the best way to implement democracy. This stunning tale, first told in 1935, resonates at this moment as never before, and is available as an audio drama via YouTube.