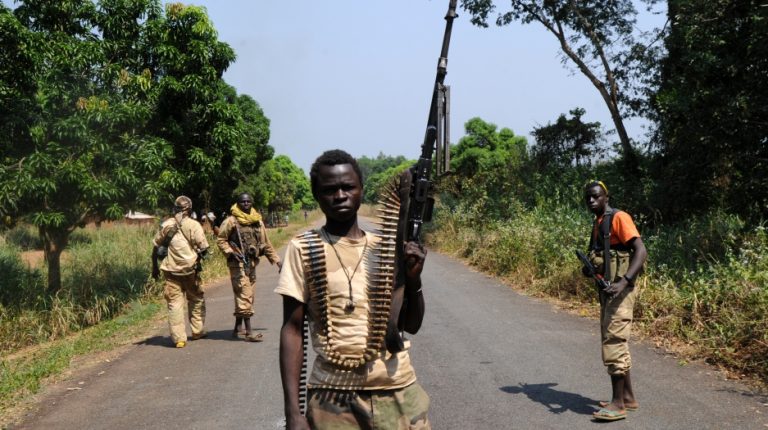 The Central African Republic army exchanged fire with suspected rebel fighters at the northern entrance to the capital of Bangui, local media reported on Wednesday.

The clash took place in the PK12 district in Begoua, a neighboring municipality to the north of Central African Republic capital of Bangui. Heavy and automatic gunfire was heard, reported the news site Corbeau News Centrafrique, citing witnesses.

The heavy gunfire was heard by a Xinhua correspondent in downtown Bangui. A gun battle also took place in Bimbo, at the western entrance to Bangui, according to sources close to the fighting areas contacted by Xinhua.

Since mid-December, armed groups have united to launch an offensive against the government. The new rebel alliance, named Coalition of Patriots for Change, had vowed to march on Bangui.
Many observers see in the Coalition a strong link with Bozize, who, before the movement was launched, met with rebel leaders after his candidacy was invalidated.

Since then, clashes between legal forces and the Coalition rebels have erupted in several towns across the country, including Dekoa (center-north), Bambari (center), Boali (west), Mbaiki (south-west) and Bakouma (south-east).

Central African Republic Prime Minister Firmin Ngrebada said in a Facebook post, “The attackers who came in large numbers to take Bangui have been vigorously pushed back.”

The assault represents a marked escalation in fighting with rebel groups that erupted around a disputed Dec. 27 election. The groups attacked towns close to Bangui last month but did not reach the capital as intended.