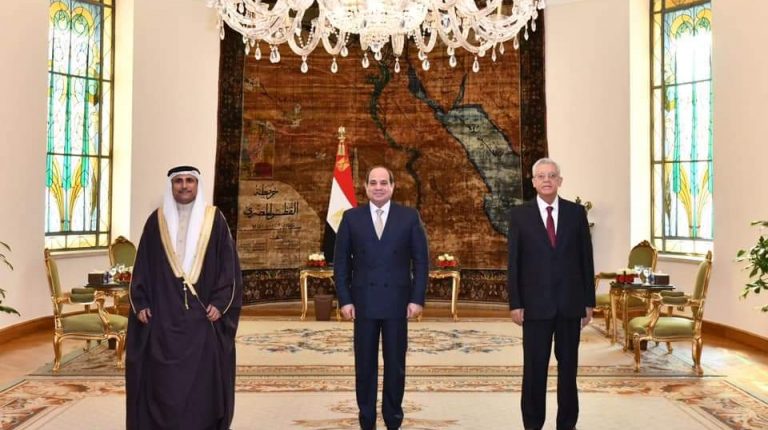 Egypt’s President Abdel Fattah Al-Sisi stressed, on Saturday, the need to unify stances of Arab countries to lay down the determinants of Arab national security regarding all regional issues.

Rady stated that the meeting dealt with ways to strengthen the Arab Parliament’s role in promoting productive dialogue and democracy process in the region.

The Egyptian President asserted his country’s full support to the Arab Parliament as a platform that reflects and interacts with Arab people in various vital issues, the spokesperson added.

For his part, Al-Asoumi appreciated Egypt’s efforts in promoting joint Arab action at various levels, including the Arab Parliament.

He also pointed out the unprecedented development process that Egypt is currently witnessing nationwide, under the leadership of President Al-Sisi. He emphasised that the Egyptian President plays a major role in preserving the national security of the Arab world.

Al-Asoumi also hailed Egypt’s firm positions over the past years in dealing with various Arab issues, especially its rejection to any foreign interference in Libya, which contributed directly to mitigating potential risks in the region.

In this context, Al-Sisi affirmed that the Egyptian position towards the Libyan issue aimed mainly at achieving balance and preserving the political course in the country, stressing that the unification of positions would enable Arab countries to handle other regional issues in a similar way.