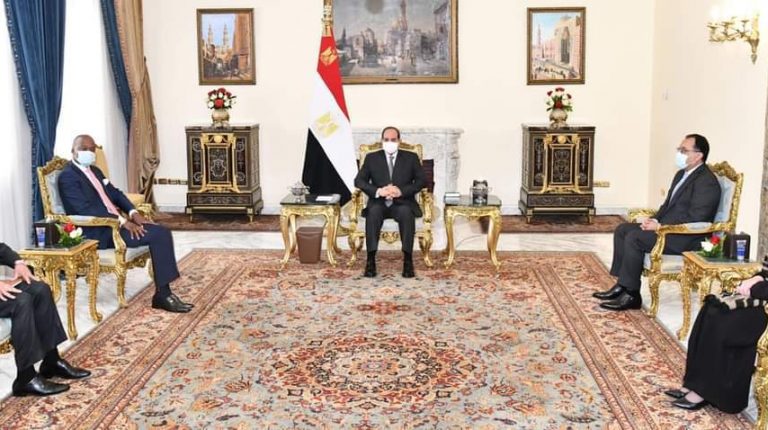 The Egyptian President also asserted his country’s readiness to provide the expertise needed to mobilize the free trade zone. He noted that stability is extremely important to provide a favourable environment to ensure the agreement’s efforts and activities are successful.

Mene expressed his honour to meet the President, and confirmed his eagerness to visit Egypt, as one of his first foreign visits after the agreement’s launch.

He also praised Egypt’s concern and vigorous follow-up to the procedures of launching the AfCFTA agreement. He said that Egypt was one of the first countries to sign and ratify the agreement, and highlighted the agreement’s pivotal role in supporting development efforts across Africa.

It provides this support by linking African markets, reviving the continent’s industrial and agricultural sectors, and developing the economic system.

Mene affirmed his keenness to benefit from the inspiring development experience in Egypt in order to enhance the efficiency of the continental free trade zone.

The AfCFTA agreement came into effect on 1 January 2021, and saw the 54 signatory countries open their markets under the agreement’s terms.

The new market created by the agreement is estimated to be as large as 1.3 billion people across Africa, with a combined gross domestic product (GDP) of $3.4trn. This has a potential of lifting up to 30 million Africans out of extreme poverty, according to the World Bank.