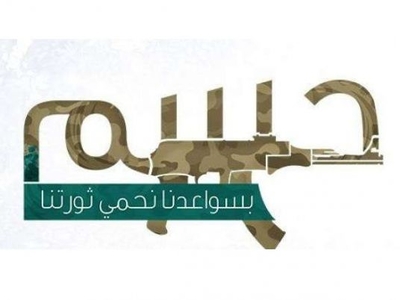 The US has increased sanctions against “Harikat Souaid Misr” (The Arms of Egypt Movement), commonly known as the Hasm Movement, and designated the militant group as a foreign terrorist organisation.

The Hasm Movement had previously been labelled a “Specially Designated Global Terrorist (SDGT)” in January 2018 for posing a significant risk of committing acts of terrorism, the US Department of State said in a Thursday statement.

The US statement added that the country had also designated “Yahya Al-Sayyid Ibrahim Musa and Alaa Ali Mohammed Al-Samahi as SDGTs under Section 1(a)(ii)(B) of E.O. 13224 for being leaders of Hasm.”

Musa was a Ministry of Health employee during the Muslim Brotherhood’s time in government, and was sentenced to death in absentia in Egypt in 2017 for his involvement in the 2015 assassination of Prosecutor General Hisham Barakat.

These designations aim to “deny Hasm and its leadership the resources to plan and carry out terrorist attacks,” according to the statement.

The Egyptian authorities have accused Hasm of being a militant wing of the outlawed Muslim Brotherhood.

In 2017, it claimed responsibility for a small explosion at Myanmar’s Embassy in Cairo, which it said expressed the group’s solidarity with Rohingya Muslims.

On 11 February 2017, the Cairo Court for Urgent Matters designated Hasm as a terrorist group.

In a separate statement, the US Department of State amended the terrorist designations for Wilayat Sinai, an Islamic State (IS) affiliated group in Sinai. The amendment includes additional aliases, including designating the group as a foreign terrorist organisation.

Hundreds of police and army personnel have been killed in the last eight years in terrorist attacks, mostly claimed by Wilayat Sinai.

Security forces have announced the arrest and the killing of dozens of suspected elements belonging to the group during security raids over the past years.