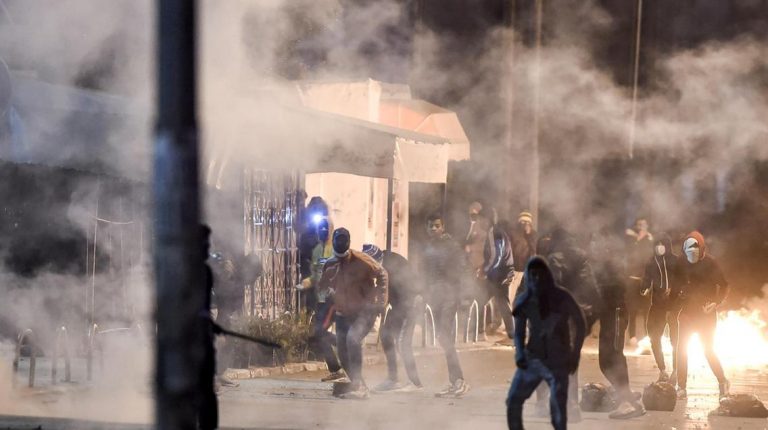 Tunisian security forces have arrested 632 rioters, following acts of vandalism and theft that occurred in the last few nights in many provinces in Tunisia, local Tunis Afrique Presse (TAP) reported on Monday.

“The security units are doing everything they can to deal with acts of violence, attempted theft and looting of private and public property,” Khaled Hayouni, the spokesperson for the Minister of the Interior Ministry, was quoted as saying.

According to Hayouni, most of the rioters are between 12 and 25 years old.

The Interior Ministry spokesperson added that the aim of these movements is to “decentralize the security forces and disperse their efforts to commit acts of looting.”

Tunisia imposed a general lockdown between Jan. 14 to 17, which prompted clashing between displeased young people and security forces. Looting, vandalism and theft were reported in several regions.