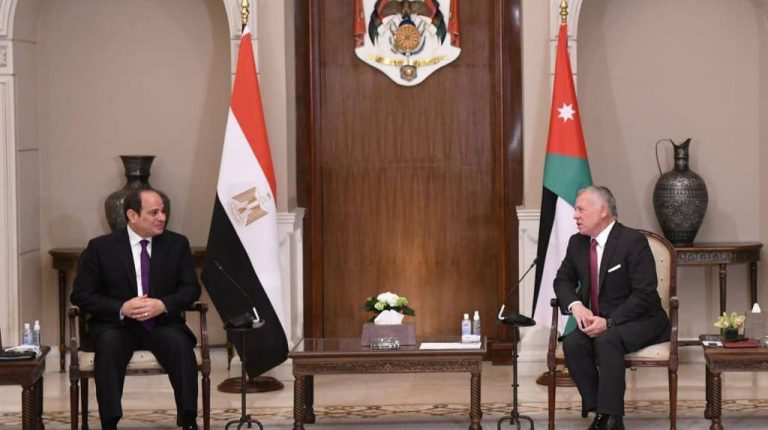 Egypt’s President Abdel Fattah Al-Sisi arrived in Amman, on Monday, upon the invitation of Jordan King Abdullah II, according to a statement released by the Egyptian presidency.

Egypt and Jordan have played a crucial role in advancing the Middle East peace process and resolving the Palestinian cause.

Hamas has welcomed the move, affirming its keenness on making this election a success. The movement won the last parliamentary elections in 2006, while Abbas won the last presidential election in 2005.

On Saturday, UN Secretary-General António Guterres welcomed Abbas’s announcement, saying, “The holding of elections in the occupied West Bank, including East Jerusalem, and Gaza will be a crucial step towards Palestinian unity.”

Abbas’s decree also comes days before the inauguration of US President-elect, Joe Biden, in what has been a fraught electoral process.

In the meantime, Chief of Egypt’s General Intelligence Service (GIS), Abbas Kamel, on Sunday visited the Palestinian city of Ramallah, to convey a message from President Al-Sisi to his Palestinian counterpart.

The message confirmed Egypt’s position towards the Palestinian cause and the former’s desire to reach a just solution to the issue. It also noted the country’s keenness to intensify its efforts in contributing to the success of the Palestinian electoral process.

Earlier in December, the Foreign Ministers of Egypt, Jordan, and Palestine emphasised, in a joint conference in Cairo, the need to end division and return to negotiations to establish an independent Palestinian state with East Jerusalem as its capital.

At the conference, Egypt called for holding an international conference with Germany, France, and Jordan, in the so-called “Munich format” to stimulate the Palestinian-Israeli peace process.