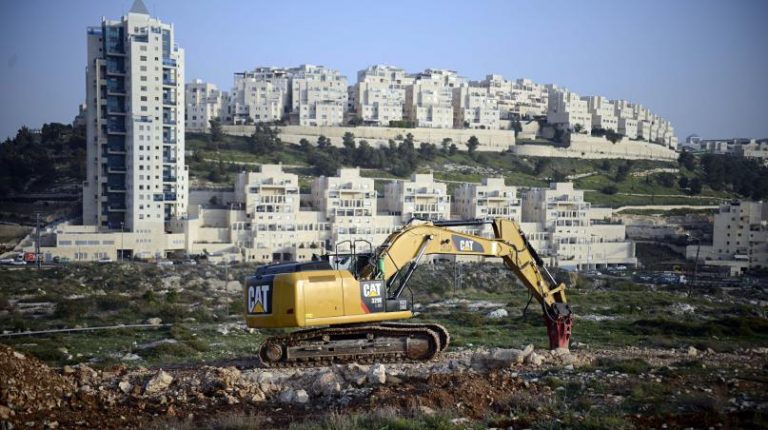 Egypt has condemned the Israeli authorities’ approval of a project to construct 780 new settlement units in the occupied West Bank, as a new violation of international law.

Ahmed Hafez, Spokesperson for the Ministry of Foreign Affairs, reiterated Egypt’s total rejection of the continued settlement in the occupied Palestinian territories, including in East Jerusalem. He also highlighted the importance of putting a complete halt to further construction on such land.

The Israeli government’s Supreme Council for Planning in the Civil Administration approved plans, on Sunday, to build the 780 housing units in settlements, most of them deep in the West Bank.

The Israeli “Peace Now” movement stated that, by promoting hundreds of new units, Israeli Prime Minister Benjamin Netanyahu has once again put his personal political interests ahead of the country’s.

It added that this settlement activity will further reduce the possibility of resolving the conflict with the Palestinians in the long term. It also said that it puts Israel unnecessarily on a collision course with the administration of incoming US President Joe Biden.

The Palestinian-Israeli peace process ground to a halt in April 2014, as a result of Israel’s refusal to halt settlement activity in the occupied territories. A further bump on the road to settling the ongoing conflict has been Israel’s refusal to accept the 1967 borders as a basis for negotiating the establishment of a Palestinian state.

The Israeli announcement comes just days before US President-elect Joe Biden takes over at the White House. Biden has voiced his opposition to the Israeli expansion of settlements in the occupied Palestinian territories, and pledged to intensify efforts to establish a Palestinian state.

There are currently about 450,000 settlers in the West Bank, compared to about 2.8 million Palestinians.