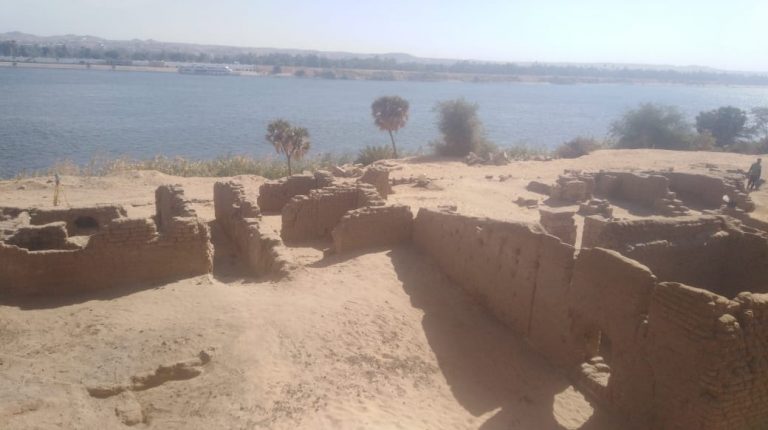 Egypt’s Ministry of Tourism and Antiquities announced on Monday the discovery of remains of a Roman fort in Upper Egypt’s Aswan Governorate.

At the fort site, an Egyptian archaeological mission also uncovered the remains of a church from the early Coptic era and a temple from the Ptolemaic period, Mustafa Waziri, Secretary General of the Supreme Council of Antiquities in Egypt, said in a statement.

A vessel made of clay and part of a red brick vault dating back to the Coptic era were also found at the site.

For his part, head of the Central Administration of Antiquities of Upper Egypt, Mohamed Abdel Badie, said that the Coptic church was built on the ruins of the Roman fort, according to the statement.

Abdel Badie added that the mission also found the remnants of a mud-brick wall surrounding the church from the western side.

“There are four chambers, a hall and an upward staircase on the northern side of the church. As for the southern side, there are ovens for burning pottery,” the official said.
The North African country has witnessed several large-scale archeological discoveries in recent years in different parts of the country, including Pharaonic tombs, statues, coffins and mummies.