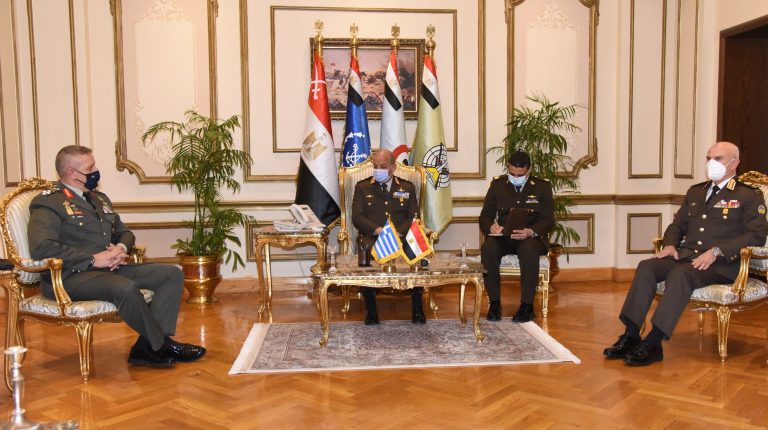 During a meeting in Cairo, the two officials discussed a number of issues of common interest in light of the current regional and international developments and their repercussions on the security and stability in the Middle East, according to a statement from the Egyptian Armed Forces.

The Egyptian Defence Minister praised the strategic partnership relations between the Egyptian and Greek armed forces in various fields, especially in defense and security, the statement said.

Zaki stressed the importance of coordinating military efforts and cooperation between the armed forces of both countries.

In August 2020, Egypt and Greece signed an agreement to demarcate their maritime borders in the Mediterranean, allowing the two countries to maximize benefits of the resources available in their exclusive economic zones, especially oil and natural gas reserves.