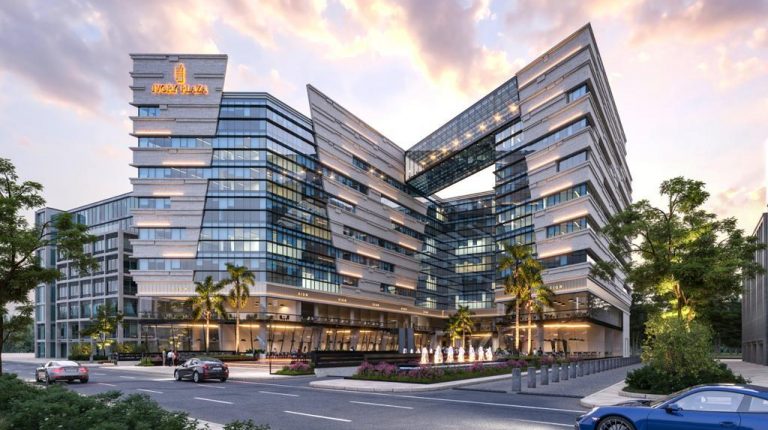 The Egyptian Saudi real estate developer, Tamayoz for Investments and Development, is debuting the second phase of its Ivory Plaza New Capital in the Mu23 of the New Administrative Capital (NAC).

The company is targeting a total of EGP 600m in sales at the project, which is a mixed-use development comprising of commercial and medical units, offices and serviced apartments.

The project spans over 6,200 sqm, and will serve about 250,000 residents, according to the company’s Managing Director, Ahmed El Shazly.

El Shazly also said he expects a big boom in projects at the NAC during the coming period, especially with the launch of many significant activities in the national project. These include the 2021 World Men’s Handball Championship, some of whose matches are taking place at the NAC’s sports complex, in addition to the start of delivery of the first apartments in the R3 residential neighbourhood.

Tamayoz CCO Mohamed Sorour announced that the company has contracted with Sabbour Consulting, who will act as the engineering consultant for the project.

Sorour added that the project is scheduled for delivery in the first quarter (Q1) of 2023, and noted that there is remarkable demand for the project from companies operating in the NAC. He said that these companies are looking to purchase administrative and commercial units that will be turned into their headquarters.

The company, established in Saudi Arabia in 2006, has previously conducted notable business in the Kingdom, with investments amounting to SAR 500m.

It has won several projects to develop government buildings and educational services buildings in Saudi Arabia, in cooperation with several ministries and in partnership with the Saudi Government.

Tamayoz has also established and developed a number of integrated residential communities in different cities across Saudi Arabia that suit the needs of customers and achieve the desired quality.

This is in addition to developing several projects in the Egyptian market, namely in New Cairo, Mokattam, and Shorouk, with investments amounting to EGP 2bn.