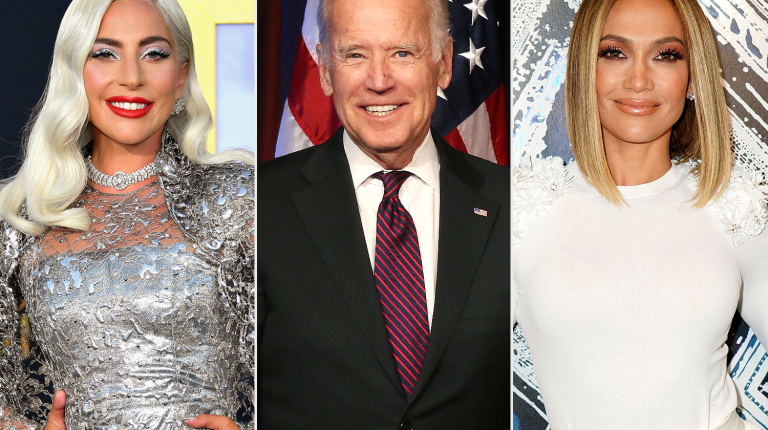 American stars Lady Gaga and Jennifer Lopez will take the stage at the US President-elect Joe Biden’s inauguration ceremony in Washington DC, next week, alongside others in what his transition team said would showcase a diverse America.

The two stars will perform at the 20 January event for the incoming 46th US president, which will also feature: remarks from a black firefighter from Georgia; a former Youth Poet Laureate; a Catholic priest; and a pastor from Biden’s hometown of Wilmington, Delaware.

Lady Gaga will sing the national anthem, while Lopez will give a musical performance.

“They represent one clear picture of the grand diversity of our great nation,” Biden’s team said in a statement on Thursday.

The presenters reflect Biden and Vice President-elect Kamala Harris’ “steadfast vision of a new chapter in our American story in which we are an America united in overcoming the deep divisions and challenges facing our people, unifying the country, and restoring the soul of our nation”.

Their roles come as the Democrats take over the White House from outgoing Republican President Donald Trump in a scaled-down event.

A large celebration is off the cards amid the ongoing coronavirus (COVID-19) pandemic, and growing security concerns after a mob of Trump supporters attacked Capitol earlier this month, seeking to thwart lawmakers’ certification of Biden’s victory.

The public will not be on hand to watch the swearing-in at the West Front of the Capitol building, now fortified by fencing, barriers, and thousands of National Guard Troops.

In announcing the inauguration speakers, Biden’s transition team cited Lady Gaga’s advocacy of LGBTQ rights and health issues, and Lopez’s work raising awareness about the disproportionate impact of the coronavirus on Latinos.

On another note, State authorities have increased security this weekend ahead of the swearing-in ceremony, out of concern over potential armed protests on Sunday.

Authorities are hoping to avoid a repeat of the deadly Capitol Hill violence by President Donald Trump’s supporters on 6 January.

With the Federal Bureau of Investigation’s (FBI) warning of potential violence at all state capitols, governors across the country have declared a state of emergency and closed capitols to the public.

Far-right online forums have called for “an armed march on all state capitols” on Sunday, US media reported.

President Trump continues to level unfounded allegations of election fraud and said he would not participate in Biden’s inauguration. On Wednesday, the House of Representatives impeached the outgoing president for the Capitol Hill “insurrection” that killed five people, including a police officer.

It is feared that pro-Trump demonstrations could take place at all state capitols starting on Sunday. Ramped up security arrangements could be seen from Atlanta, Georgia to Sacramento, California throughout the week.