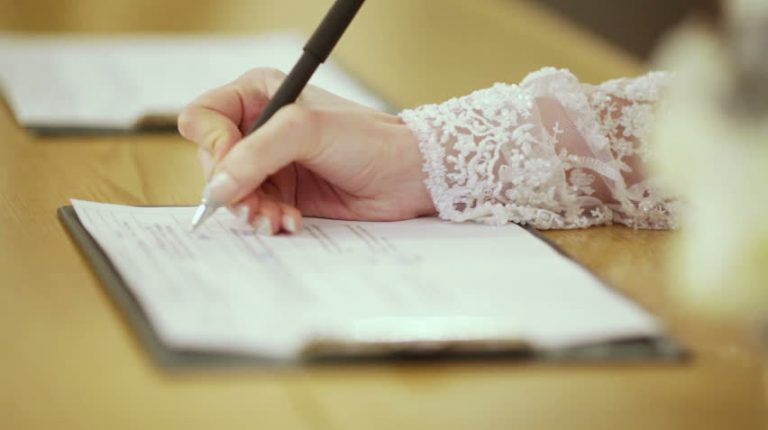 In its final opinion on the matter, Dar Al-Ifta called trial marriage invalid, because it restricts the marriage to a specific period of time.

The “trial marriage” initiative by Egyptian lawyer Ahmed Mahran recently sparked controversy on social media after he posted photos of a temporary marriage contract that he had drawn up.

Dar Al-Iftaa said, in a statement on Tuesday, “What is termed in the media as a ‘trial marriage’ is a term that carries negative meanings foreign to the values ​​of the religious Egyptian society, and contradict Sharia and social values. It has been used to achieve false fame and cheap propaganda in cyberspace.”

“If people give the marriage contract new names, it does not affect the validity of the contract, and does not corrupt it, so long as its elements and conditions are met,” the statement said.

It added that a correct marriage contract should include in its pillars and conditions that the marriage is not temporary or for a specific period.

The statement noted, “The requirement to prevent the husband from his right to divorce his wife at a certain period after marriage is one of the invalid conditions, because it omits the inherent right of the husband that the Sharia has made it to him, which is the right to divorce, so it is not valid.”

Dar Al-Ifta called on Egyptians not to be drawn to the calls for modernity of terminology in the marriage contract, which has increased in recent times. It added that the terminology may err towards love of appearance, fame and destabilisation of values, and that “that this creates confusion in society, and negatively affects the meaning of stability and family cohesion that is preserved in religion and the laws of the Egyptian state”.

For his part, Mahran said that the trial marriage contract he drew up is not a marriage contract, but rather is a contract of reconciliation between spouses if it becomes impossible for them to be together. The contract sets out a number of points and conditions to be agreed upon between them.

He also added that he has been married for six months and agreed with his wife that, if there is any dispute, they have the right to make a “trial marriage” contract in which they set their conditions.