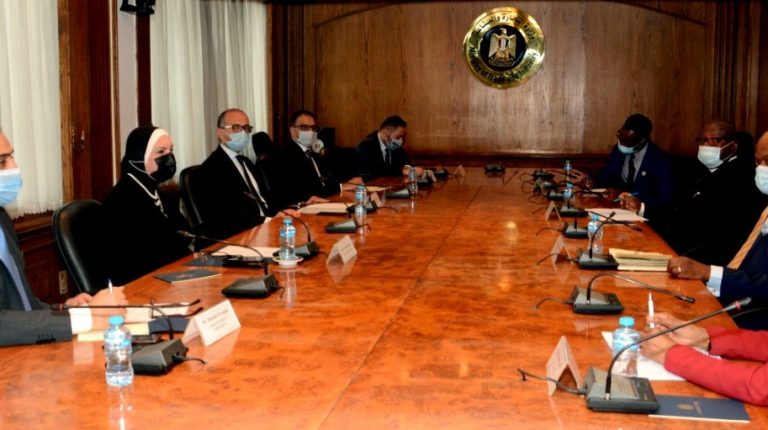 Egypt’s Minister of Trade and Industry Nevine Gamea expressed Egypt’s keenness to commence with the African Continental Free Trade Area (AfCFTA), whose agreement came into effect at the beginning of January.

Gamea said that Egypt has made unremitting efforts to achieve African integration, enhance trade between countries across the continent, and integrate it into the global trade system. It has done so by entering this agreement into force under its presidency of the African Union in 2019.

Gamea explained that her ministry has been following up with Egypt’s national authorities in order to start actual trade within the framework of the agreement. The Ministry of Trade and Industry is keen on introducing the agreement to Egypt’s business community and open new markets for Egyptian products.

The ministry is also looking to encourage integration with African countries, by importing Egypt’s needs from the continent.

Gamea said that protecting intellectual property rights represents a great priority for promoting joint commercial and industrial cooperation between African countries. This will, in turn, preserve innovation and a competitive advantage, whilst also achieving a balanced and effective intellectual property system in implementing the agreement.

“The ministry is fully prepared to provide all technical and human expertise to the African countries in field of trade remedies and competition protection, in which Egypt has great experiences,” Gamea said, “Additionally, it is possible to organise a meeting for African trade ministers in Egypt during the coming period within the framework of African free trade negotiations.”

She noted that these efforts will achieve Egypt’s interests with regard to pending issues in the first stage of AfCFTA negotiations, as well as pushing forward negotiations in the second and third stages.

For his part, Mene said that Egypt is one of the most prominent countries to have played a major role in implementing the agreement during its African Union (AU) presidency. The country also tops the list of countries that have ratified the agreement based on their belief.

Mene elaborated that the establishment of an African free trade area, as a common continental market requires the unification of all member states. They should agree on the foundations of unifying the rules of origin, commodity specifications, customs, financial and administrative procedures related to import and export, he added. This will ensure the flow of goods produced in Africa to the markets of the member states.

He added that 35 countries have ratified the AfCFTA so far, adding that the Secretariat is looking forward to the agreement’s ratification by all member states by the end of this year.