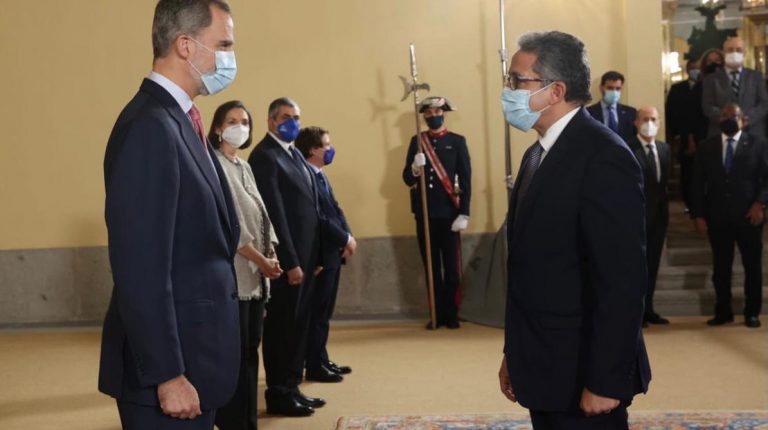 The reception, which took place at Madrid’s Bardo Palace, was held for the Ministers of Tourism and heads of delegations participating in 113th session of the UN’s World Tourism Organization (UNWTO) Executive Council.

During the ceremony, King Philip VI delivered a speech in which he welcomed the attendees, and spoke about the importance of the tourism industry globally. He particularly highlighted the great importance the tourism sector represents in providing investment opportunities and job opportunities, as it contributes to rapprochement between the peoples of the world.

After the reception, King Philip VI was keen to exchange views with the participating ministers, and they took group memorial photos on this occasion.

Meanwhile, Al-Anani participated in the UNWTO’s crisis committee meeting in Madrid, on Monday, which was held on the side lines of the Executive Council.

The main issues on the agenda at the Executive Council session include discussions on how vaccines against the novel coronavirus (COVID-19) can be part of a coordinated approach to the resumption of tourism. This is in addition to a call on members to join efforts for a global campaign aimed at restoring confidence in tourism and travel.