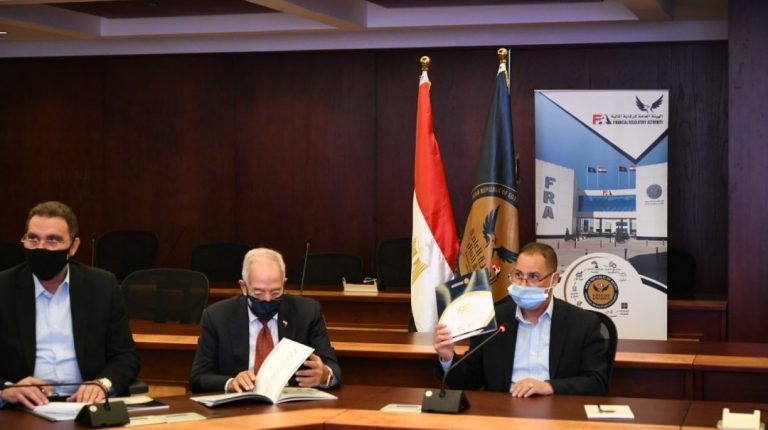 EFG Hermes obtained an approval, on Monday, to issue securitisation bonds worth EGP 1bn in favour of a portfolio it manages, Mohamed Omran, Chairperson of the Financial Regulatory Authority (FRA), has revealed.

Omran’s remarks came during an online conference held by EFG Hermes. He added that, despite the economic implications of the novel coronavirus (COVID-19) pandemic, 2020 witnessed a significant 9% increase in the value of securitisation bond issuances.

The FRA head asserted that the timing in Egypt is right for IPOs, for both the private and governmental sectors.

Omran added that the volume of liquidity during the coming period will be better than it was in previous situations, which will enhance the Egyptian Exchange’s (EGX) positive role in providing basic financing to companies.

He added that the door has now been closed to applications for an “insurance brokerage” licence, but that two companies had applied for the licence before the closure to applications.

The value of compensation rose to EGP 5.1bn during the period between April and June 2020, compared to EGP 3.6bn during the corresponding period of the previous year. This reflects the increase in claims due to the dangers resulting from the repercussions of the coronavirus.

The total value of compensation paid from insurance companies at the end of fiscal year (FY) 2019/20 continued to rise, reaching EGP 18.9bn, compared to EGP 18.3bn in the previous FY, reflecting an increase of about 3.3%.

The economic slowdown in the last quarter (Q4) of FY 2019/20, as a result of the precautionary measures adopted by the state to control the pandemic. This led to a commensurate slowdown in the growth rates of total premiums in 2020 to 14%, compared to a growth rate of 19.3% during the previous year.

The total value of insurance company policyholders’ rights increased at the end of FY 2019/20, to EGP 77.2bn, compared to EGP 69bn in the previous FY, reflecting an increase of about 12%.

The total value of insurance companies’ investments at the end of FY 2019/20 increased to reach EGP 107.8bn compared to EGP 102bn at the end of the previous year, an increase of about 5.7%.