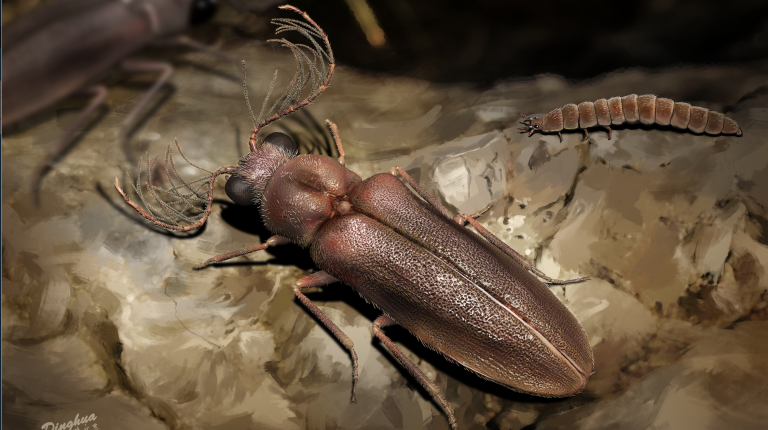 Trapped in amber for about 100m years, an exceptionally well-preserved, light-producing beetle sheds light on the diversification of bioluminescent beetles in the Cretaceous period.

The preserved insect also provides the missing fossil link between fireflies’ living relatives. With over 3,500 described species, light-producing beetles are the most diverse bioluminescent terrestrial animals.

Fireflies, fire beetles, glow-worm beetles, and their kin use light to ward off predators and attract mates, with some females even using it to attract unsuspecting males to eat. Historically, despite their diversity, the evolution of bioluminescence in beetles has been poorly understood.

“Most light-producing beetles are soft-bodied and quite small, and so have a scant fossil record,” said Dr Chenyang Cai, research fellow at the University of Bristol and associate professor at NIGPAS, “However, this new fossil, found in amber from northern Myanmar, is exceptionally well-preserved, even the light organ on its abdomen is intact.”

The presence of a light organ on the abdomen of the male provides direct evidence that adults of the Cretophengodes genus were capable of producing light, some 100m years ago. 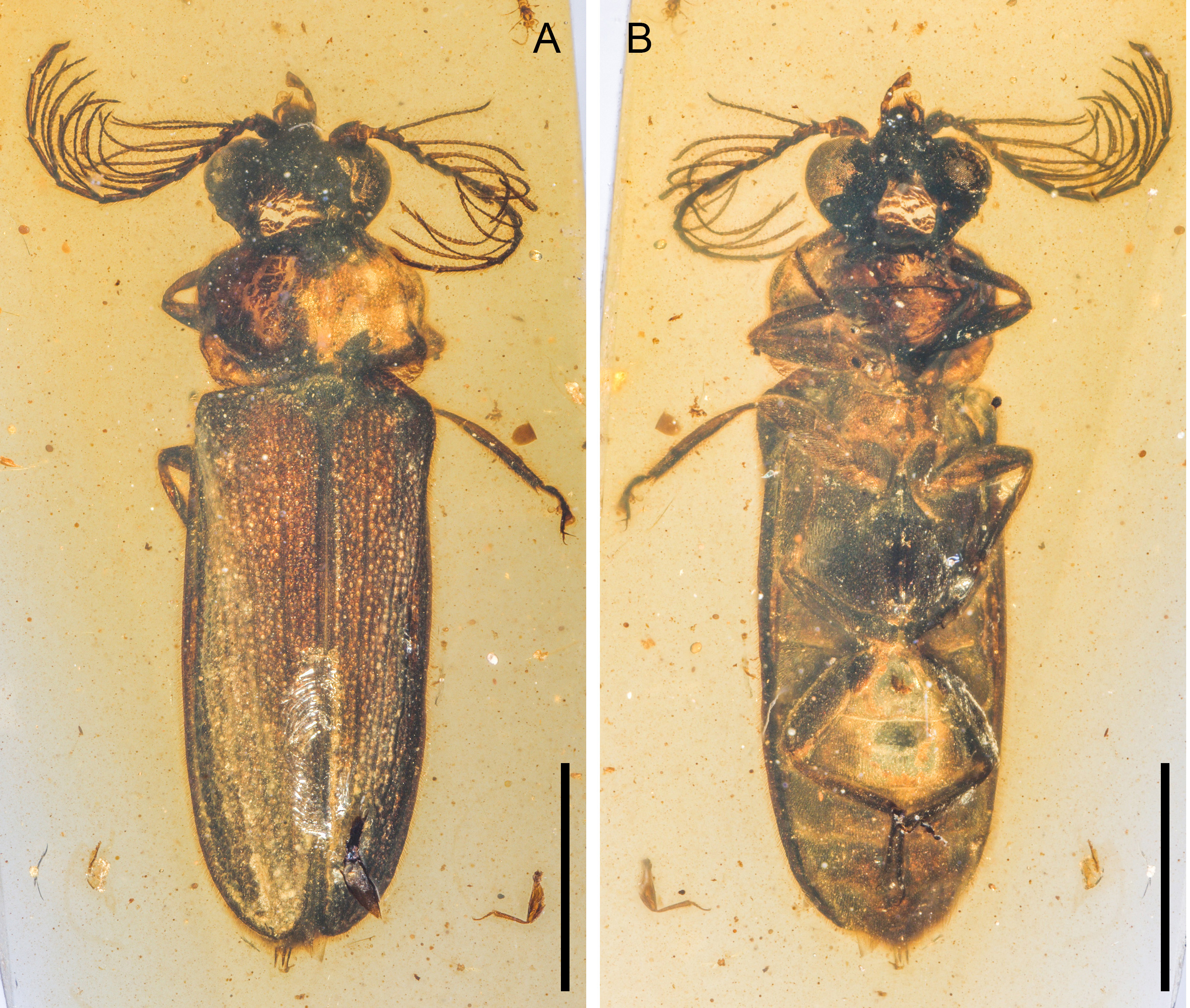 “The newly discovered fossil, preserved with life-like fidelity in amber, represents an extinct relative of the fireflies and the living families, Rhagophthalmidae and Phengodidae,” says Yan-Da Li from the Nanjing Institute of Geology and Palaeontology (NIGP) and Peking University in China.

The majority of light-producing beetles fall into the giant superfamily Elateroidea with some 24,000 known species and thousands more awaiting to be described. The discovery of this beetle, published in the Proceedings of the Royal Society B, provides the missing fossil link between living families and in doing so helps scientists understand how these beetles evolved and how they should be classified.

“Elateroidea is one of the most heterogeneous groups of beetles and that has always been very difficult for entomologists to deal with, particularly because important anatomical innovations evolved many times independently in unrelated groups,” said Erik Tihelka, from the School of Earth Sciences, “The discovery of a new extinct elateroid beetle family is significant because it helps shed light on the evolution of these fascinating beetles.”

It is thought light production initially evolved in the beetle’s soft and vulnerable larvae as a defensive mechanism to ward off predators.

Robin Kundrata, an expert on elateroid beetles from Palacký University in the Czech Republic, “The fossil shows that by the Cretaceous age, light production was taken up by the adults as well. It could have then been co-opted to serve other functions such as locating mates.”

Light producing beetles often have unusual adaptations. One of the most striking ones is that the females often do not look anything like their male counterparts, and instead retain many larval features into adulthood.

“A good example of this is the trilobite beetle, where the females don’t look like beetles at all and instead superficially resemble trilobites,” said Yan-Da Li.

Li added that this means females often get overlooked when collecting in the field, as researchers want to focus on these unusual beetles when searching the fossil record in the years to come.