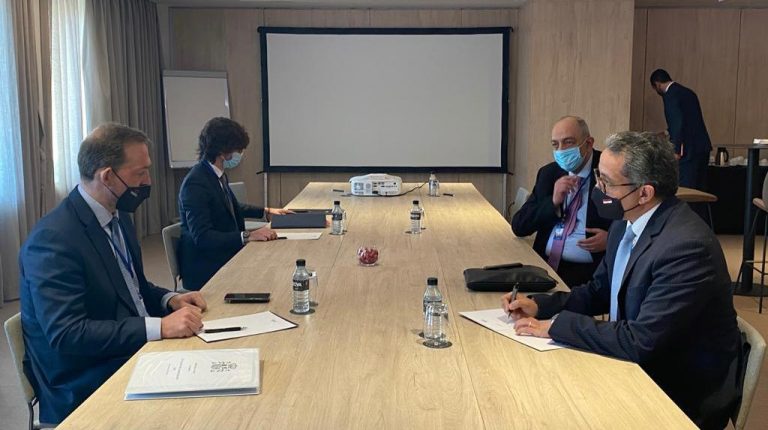 Egypt’s Minister of Tourism and Antiquities Khaled Al-Anani and his Spanish counterpart Fernando Valdés Verelst have agreed to update the 2001 agreement for cooperation between the two countries in the field of tourism.

The agreement came during Al-Anani’s meeting with the Spanish Minister on the sidelines of the 113th session of the UN World Tourism Organization’s (UNWTO) Executive Council conference in the Spanish capital, Madrid.

Verelst reviewed the severe losses that the Spanish economy suffered as a result of the novel coronavirus (COVID-19) pandemic. He pointed out that Spain has taken a number of measures to open safe passages between the Balearic Islands and the Canary Islands, and with some countries, to receive tourism safely.

He expressed his country’s full readiness to cooperate with Egypt and assist it to restore air traffic and inbound tourism from Spain in particular and Europe in general. This will take place in coordination with the European Union (EU).

Al-Anani reviewed the precautionary measures and hygiene safety regulations that Egypt has put in place to ensure the safety of tourists, citizens and workers in the tourism sector. These are being applied in hotels, restaurants, museums and archaeological sites across the country.

He said that hotels in Egypt are required to obtain safety certificates approved by the Ministries of Tourism and Antiquities, and Health and Population, as well as the Egyptian Hotel Association.

These certificates will allow them to operate and receive guests with an occupancy rate of 50%. He said that cultural tourism resumed on 1 September, with floating hotel cruises resuming operation in October. He added that Spanish tourists enjoy cultural tourism in Egypt.

Al-Anani also referred to the efforts made by the Egyptian Government to support the tourism sector and its workers, especially in light of the implications of the coronavirus.

Meanwhile, the Egyptian minister confirmed that the country will participate in the FITUR exhibition, which will be held next May in the Spanish capital, Madrid.

In a separate meeting with Al-Anani, Spanish Prime Minister Pedro Sánchez confirmed his country’s willingness to strengthen cooperation with Egypt in the field of tourism. He added that there are many great opportunities to increase aspects of cooperation between Egypt and Spain, especially in light of the relations that bind the two countries on all levels.

Al-Anani also met with the Spanish Minister of Industry, Trade and Tourism, María Reyes Maroto Illera. During the meeting,the two sides discussed the implications of the coronavirus crisis on tourism in the two countries. Al-Anani invited the Spanish Minister to visit Egypt at the earliest opportunity.