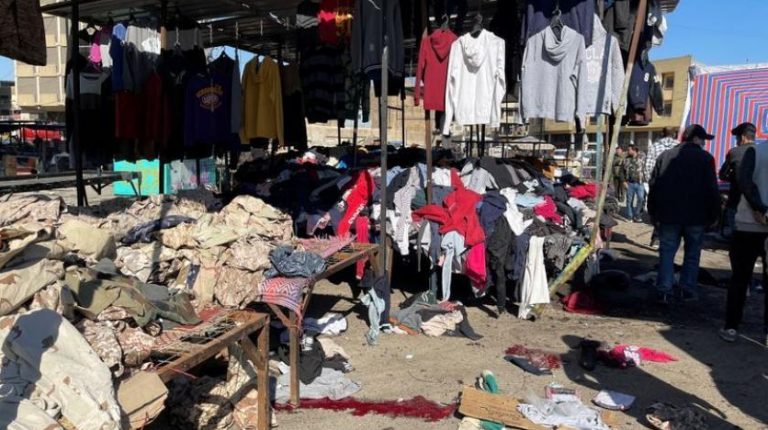 At least 32 people were killed and 110 others wounded on Thursday in the twin suicide bombings that hit a local market in Iraq’s capital Baghdad, Iraqi Health Minister Hassan al-Tamimi said.

Baghdad’s hospitals received 32 bodies, while 110 wounded people were admitted for treatment, al-Tamimi said in a statement.

“Most of the wounded received treatment and left the hospitals, and only 36 remain for further treatment,” he added.

Earlier in the morning, a suicide bomber blew up his explosive belt in a crowded outdoor clothing market in Bab al-Sharji area, before a second one detonated his a few minutes later in the same market, an Interior Ministry source told Xinhua on condition of anonymity.

No group has claimed responsibility for the attack, but the extremist Islamic State (IS) group, in most cases, is responsible for such suicide attacks targeting security forces and crowded areas including markets, cafes, and mosques across Iraq.

Suicide bombings have been rare in Baghdad for months, as the security situation has improved in Iraq since the Iraqi security forces fully defeated IS militants across the country late in 2017.

However, sporadic deadly incidents still occur in the war-ravaged country as IS remnants have since melted into urban areas or deserts and rugged areas, carrying out frequent guerilla attacks against security forces and civilians.