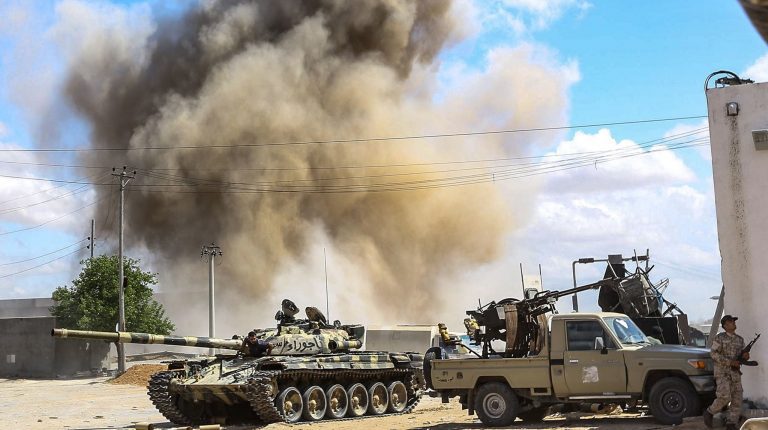 The Libyan Constitutional Committee has agreed to hold a constitutional referendum before the general elections on 24 December, the United Nations (UN) said on Wednesday.

The committee, formed of representatives from the Libyan House of Representatives and the High Council of State, concluded its agreement during a meeting, on Wednesday, in the Egyptian Red Sea town of Hurghada.

“The members of both houses agreed to hold a referendum on the constitutional proposal drafted by the Constitutional Drafting Assembly (CDA), based on Law No 6 of 2018 amended by Law No 1 of 2019,” the United Nations Support Mission in Libya (UNSMIL) said in a statement.

The members also agreed that “Article 6 of Law No 6 should be amended to adjust the threshold for adopting the constitution”, UNSMIL added.

Further to this, the participants agreed to resume their discussions in Hurghada from 9 to 11 February. They will invite the High National Elections Commission to attend and participate in their discussion on the implementation of the referendum, UNSMIL said.

UNSMIL commended the two delegations “on their fruitful deliberation within the framework of the Roadmap agreed by the Libyan Political Dialogue Forum (LPDF)”. It pledged to engage with “all relevant stakeholders to support the electoral process leading to a democratic and stable Libya”. The UN body also thanked the Egyptian authorities for their generous hosting of this meeting.

Earlier on Tuesday, the Libyan committee began its second meeting to discuss the constitutional arrangements necessary to hold elections on 24 December 2021. The meeting was held under the sponsorship of the UN.

Two delegations from Libya’s House of Representatives and the High Council of State took part in the discussions, with each party sending 10 members.

In his opening remarks on Tuesday, the head of Egypt’s national committee on Libyan affairs called on the Libyan rivals to set aside their differences in order to end the long-time crisis.

For elections to be held, a new and reformed Presidency Council must be formed, along with an effective and unified Government of National Unity (GNA).

Egypt has hosted several meetings relating to the Libyan crisis in Cairo and Hurghada over the past few months, as part of its efforts to help resolve the conflict in the neighbouring country.