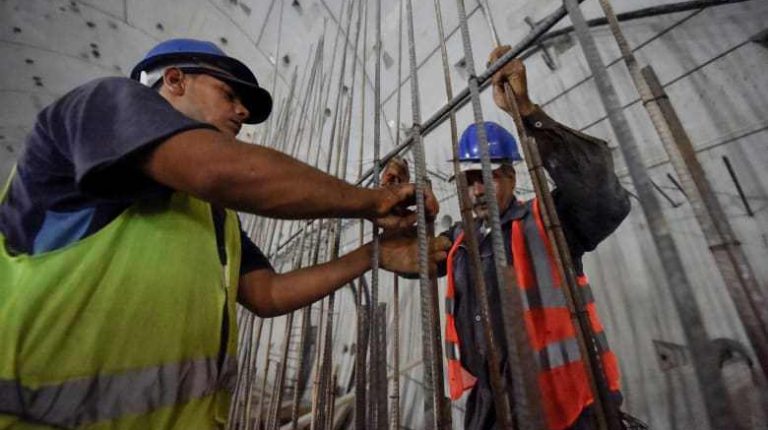 The state affiliated Egyptian Trade Union Federation (ETUF) announced, on Wednesday, that it will sue the government over its decision to shut down the Iron and Steel Company (Hadisolb), vowing its support of the factory’s workers.

The federation’s legal department will file an urgent lawsuit to stop the closure procedures, according to a Wednesday statement.

The Hadisolb’s workers demanded an immediate halt of the government’s decision, and to discuss alternative scenarios, besides an investigation into allegations of corruption in the company.

In an urgent meeting on Tuesday night, the ETUF stressed its rejection to the proposed liquidation of the 67-year-old company and the attempts to ignore the company’s “role in serving the national industry, as well as supporting the state in times of crises and wars.”

The company was established in 1954 under the reign of former President Gamal Abdel Nasser.

The federation vowed to stand by the workers’ demands, and called on the government to form a specialised national committee to consider the process of development and reform of the factory instead of closing it.

In the statement, the federation emphasised the importance of “preserving the industrial wealth owned by this leading company in the Middle East.”

The statement said that the company has been supporting the state during times of wars participating in the armaments industry, and during times of crisis such as the ongoing pandemic. The company also has oxygen cylinder production lines that supply the Ministry of Health.

The federation also invited the Prime Minister and the Minister of Public Enterprises Sector to visit the company and listen to the demands of the workers.

Meanwhile, thousands of workers continue to demonstrate in the vicinity of the company’s factories. The workers took rotations as many took part in the sit-in.

On Thursday, the Egyptian Parliament will publicly discuss the closure of the Hadisolb, in the presence of Minister of Public Enterprises Sector Hisham Tawfik.